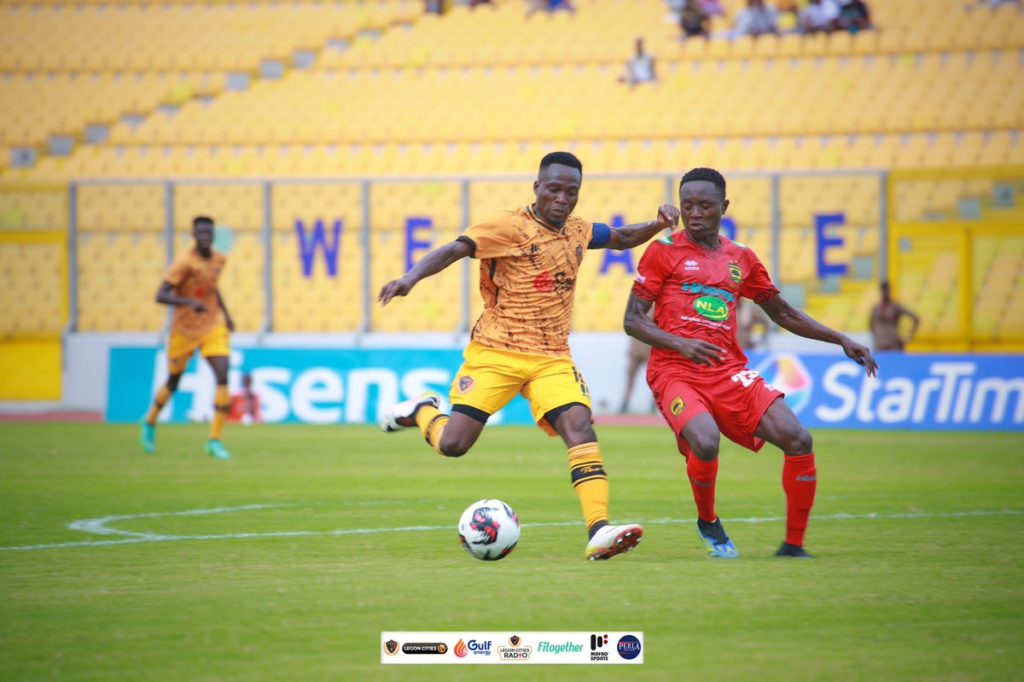 Former Hearts of Oak ace Bernard Don Bortey has posted a cryptic message on Twitter after Asante Kotoko’s loss against Legon Cities FC in the Ghana Premier League on Sunday.

Asante Kotoko fell short to another loss in the Ghanaian top-flight after they were battered 3-1 at home by Legon Cities FC in Week 26 of the campaign.

The Porcupine Warriors were hoping to return to winning ways following their last week’s 2-1 defeat at Real Tamale United.

A 17th minute penalty strike by midfielder Michel Otou and a brace from experienced forward Hans Kwoffie ensured the Royals left the Baba Yara Stadium with the maximum points.

In the aftermath of the match, several Kotoko fans felt cheated, claiming the penalty awarded to the visitors was ‘soft’ as they believe there was a minimal contact on Legon Cities tormentor Jonah Attuquaye.

However, the cries of the Porcupine faithful was quickly nudged down by former Hearts of Oak forward Bernard Don Bortey in a cryptic post on social media.

Two weeks ago during the Super Clash, Asante Kotoko defeated bitterest rivals Hearts of Oak with a controversial penalty at the Baba Yara Stadium.

There were plethora of complains by the Accra-based club officials and fans over the penalty decision after the fierce encounter.

Asante Kotoko supporters meanwhile were insistent that it was a legitimate call hence they won the game fairly.

Despite their failure to pick any points in their last two games, Asante Kotoko still top the league standings, but their current eight-point lead could be cut down by three should closest contenders Bechem United record a victory against 9th placed Karela United on Monday.