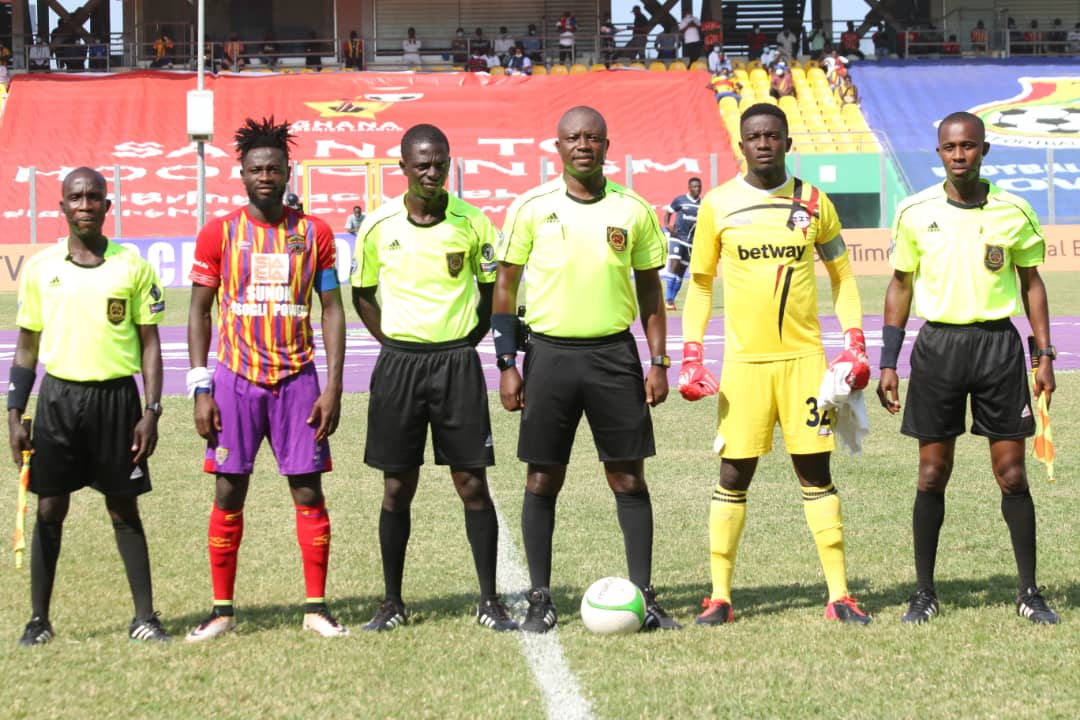 Referee Obed Kwegyah Danquah and match commissioner Onesimus Nii Adjiri Barnor for Hearts of Oak clash with Liberty Professionals in the Ghana Premier League have been charged by the GFA prosecutor.

This after delaying the start of the high-anticipated match, which ended 1-1 at the Accra Sports Stadium.

According to the GFA, the Match Officials failed to start the game at the scheduled 3:00 pm kickoff time and also did not offer any explanation for the delay in their respective match reports.

The referee Obed Kwagyah Danquah and match commissioner Onesimus Nii Adjiri Barnor will file their defence and have their day before the GFA Disciplinary Committee.

GFA had indicated that matches which have bearing on the winner of the league and demotion would be played on the same day and kick-off at exactly 3 pm for which situation both matches involving Hearts of Oak and Asante Kotoko were shown simultaneously by Television Rights holder StarTimes Ghana.

The draw was enough to secure Hearts of Oak their first title in 12 years.

Meanwhile, Liberty must win their final game against King Faisal to avoid relegation.