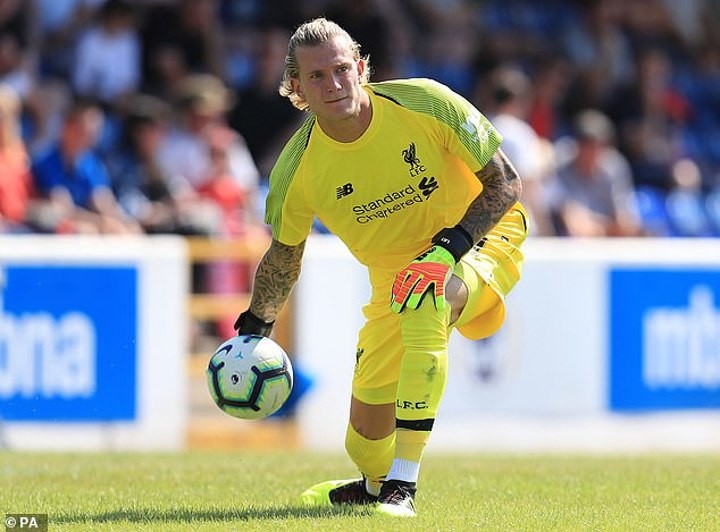 Hertha Berlin are lining up a move for Liverpool misfit Loris Karius, according to reports.

The 26-year-old goalkeeper revealed earlier this month that he had 'terminated' his two-year loan spell with Turkish side Besiktas after a wage dispute and is therefore reportedly on the lookout for a new club.

And according to Goal, Bundesliga side Hertha are among a number of clubs to have made enquiries about a potential deal for the former Mainz shot-stopper.

The report claims that Karius is almost certain to move on ahead of the 2020/21 season, with the German not being asked to report to Melwood with the rest of Jurgen Klopp's Liverpool squad.

Karius - who has returned home to Germany - has a contract at Anfield until 2022, but the report adds Liverpool's good working relationship Hertha - having liaised closely with them over the last two seasons due to midfielderMarko Grujic's loan spell - could therefore help a move take place.

Karius' last competitive game for Liverpool came in his disastrous performance in the 2018 Champions League final against Real Madrid in Kiev.

His mistakes led to Karim Benzema and Gareth Bale's goals, and Liverpool later insisted that medical tests showed he had been suffering symptoms of concussion from an earlier collision with Sergio Ramos.

The club then brought in Alisson, and following further errors from Karius ahead of the 2018/19 season, it was agreed he would need to move on.

Besiktas paid an initial £2.25million to loan him for two years, with a £7.25m fee agreed for a permanent transfer to Turkey, on the condition a series of performance-related criteria were met.

Karius made 35 appearances in his first season in the Super Lig, and penned a one-year extension to his Liverpool contract before confirming the second year of his loan deal.

He went on to make a further 32 appearances for Besiktas, who sat fifth in the table before the season was curtailed back in March due to the outbreak of the coronavirus pandemic.

However, having been involved in a protracted dispute with Besiktas over unpaid wages – which at one point brought FIFA in to help resolve the issue – Karius opted to terminate his deal earlier this month.

Besiktas ended up paying the German goalkeeper £400,000 in outstanding salary.

He wrote on Instagram: 'It is important to me that you know I really enjoyed playing for this club a lot. Besiktas can be proud having such passionate fans behind them always giving amazing support,' he added.

'You always supported me in good and bad times and I will always remember you in the best way.

'Also I want to say thank you to all my team-mates, coaching staff including all people working for the club. You welcomed me with arms wide open from day one.'