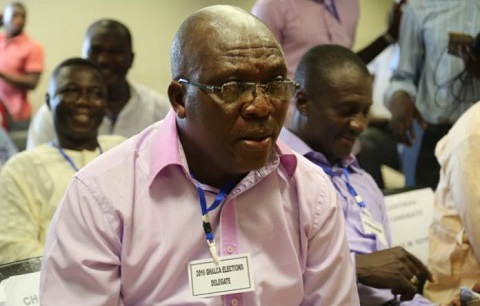 President of the Ghana League Club's Association, Kudjoe Fianoo, has expressed disappointment over the GFA's decision on banning Division One side Phar Rangers.

The Disciplinary Committee of the FA banned Phar Rangers from all football-related activities for five years.

The decision has divided opinions among football administrators with Fianoo insisting the case could have been solved without getting to the point of ejecting the club from all competitions.

"Four weeks ago, we (Ghalca) heard in the media about Phar Rangers decision to withdraw from FA organized competition, so as the mother body for the clubs, we engaged the directors of the club on that same night and advised them to go back and honour the remaining matches so we can settle all issues which they (Phar Rangers) think are not favoring them after the season," he said.

“What influenced us (Ghalca) most is that, at a point in time, the Vice President of the FA (Mr. Mark Addo) joined the negotiations and spoke to Phar Rangers.

“That same night, Ghalca wrote a letter to the FA, appealing to them to uphold their decision of referring the matter to its disciplinary committee but there was no response from the FA.

“For all this long, we (Ghalca) thought the FA has honoured our letter, just to see it from the FA website that Phar Rangers has been banned. The decision from the DC is not a final one, they (Phar Rangers) can appeal or go to review if they want, if you ask me about the stands of GHALCA, I cannot say anything for now because we haven’t met on it and decisions are not taking alone by myself.

“But personally, I am disappointed with the decision by the FA because, this matter could have been solved amicable or other way round, but they are the regulators and we are welfare bodies and they thought it wise to ban them so let’s leave it as it is for now," he concluded.