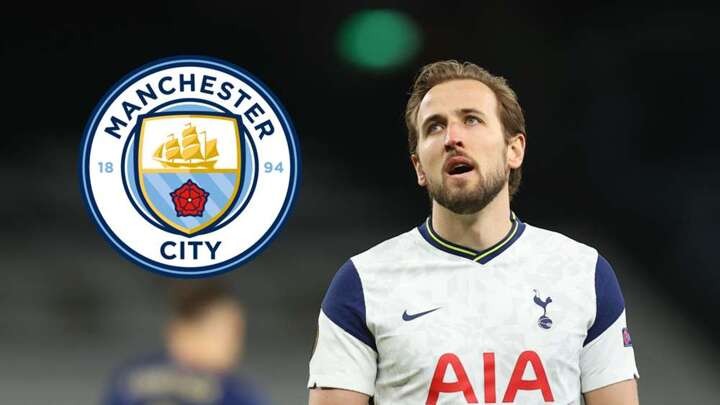 Dimitar Berbatov has offered his reaction to the rumours linking Harry Kane with Manchester City, insisting it's a different situation to his Manchester United move back in 2008.

Kane is being tipped to bring his 12-year stay at Tottenham to an end this summer amid reports that City are preparing a big-money bid for the striker.

The 28-year-old has fuelled the ongoing speculation over his future by failing to report to Spurs' training facility at the start of the week, leaving Berbatov concerned that the saga could turn ugly in the coming weeks.

Berbatov famously missed two games at the start of the 2008-09 season to push through a £31 million ($41m) switch to Old Trafford, but does not support the approach Kane is taking to try and secure an even more controversial transfer.

“I was surprised. I don’t think it’s the right way. I never boycotted training, that’s the difference," the former Tottenham and United forward told The Sun.

“I didn’t play two games. It was difficult for me to admit but I found the power to say, ‘If I play, my mind will not be there, so I will be in the way of my team-mates doing their job’.

“But training is easy. It’s behind closed doors, most team-mates will understand you, and it will be easy to let go of some stress with banter and jokes.

“I hope Harry resumes training, then the difficult and interesting part comes - the games.

“If it’s going to happen, I think it will be the last day of the window. But I would love it to be resolved sooner, because I don’t want to see him boycotting games."

It has been reported that Tottenham chairman Daniel Levy is holding out for a £160 million ($222m) fee for Kane, and Berbatov can understand the firm stance he has taken.

The Bulgarian feels Kane's status as a club legend will be at risk if he joins City, as he added: “If I was Levy, I would do the same. He is fighting for his team. It was different for me because I was a foreigner from a small country and it was a once-in-a-lifetime chance.

“Kane is at his home and is a world star. He is going to leave people disappointed, especially the fans who worship him. Some understand, others never will. Football is cruel, the pain is going to be bigger than when I left.”

Kane, whose contract is not due to expire until 2024, is currently second in Tottenham's all-time scorers list with 221 goals from 336 appearances across all competitions.

Of those efforts, 166 have come in the Premier League, and he won the competition's Golden Boot and Playmaker awards for his exploits in the final third last season.