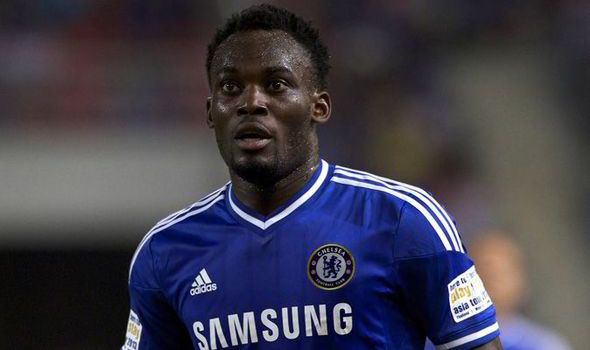 Former Ghana international Michael Essien has disclosed that he was keen to prove people who doubted his abilities wrong when he joined Chelsea.

Essien went on to become a cult hero at the Stamford Bridge due to his impressive performance.

He has made a shocking revelation after claiming that people just saw him as an ordinary midfielder prior to his move to Chelsea and questioned why the Blues will spend a huge amount on him him.

“It was a transfer saga, but at long last I moved to Chelsea. People were not convinced as they said I am a midfielder and I didn’t deserve that huge amount but I was determined to prove them wrong and I did it.” Essien told Chelsea TV

“When I came to Chelsea, Mourinho sat me down and taught me about the system. I was to play in midfield alongside Makelele and Lampard. Makelele just sat in front of the back four and did all the dirty work whilst Lampard moved forward. I was young and full of energy that time so I was all over the pitch. After my duties in central midfield, I also joined the attack.”

“It was a great year as we won the Premiership back to back.” Essien added.