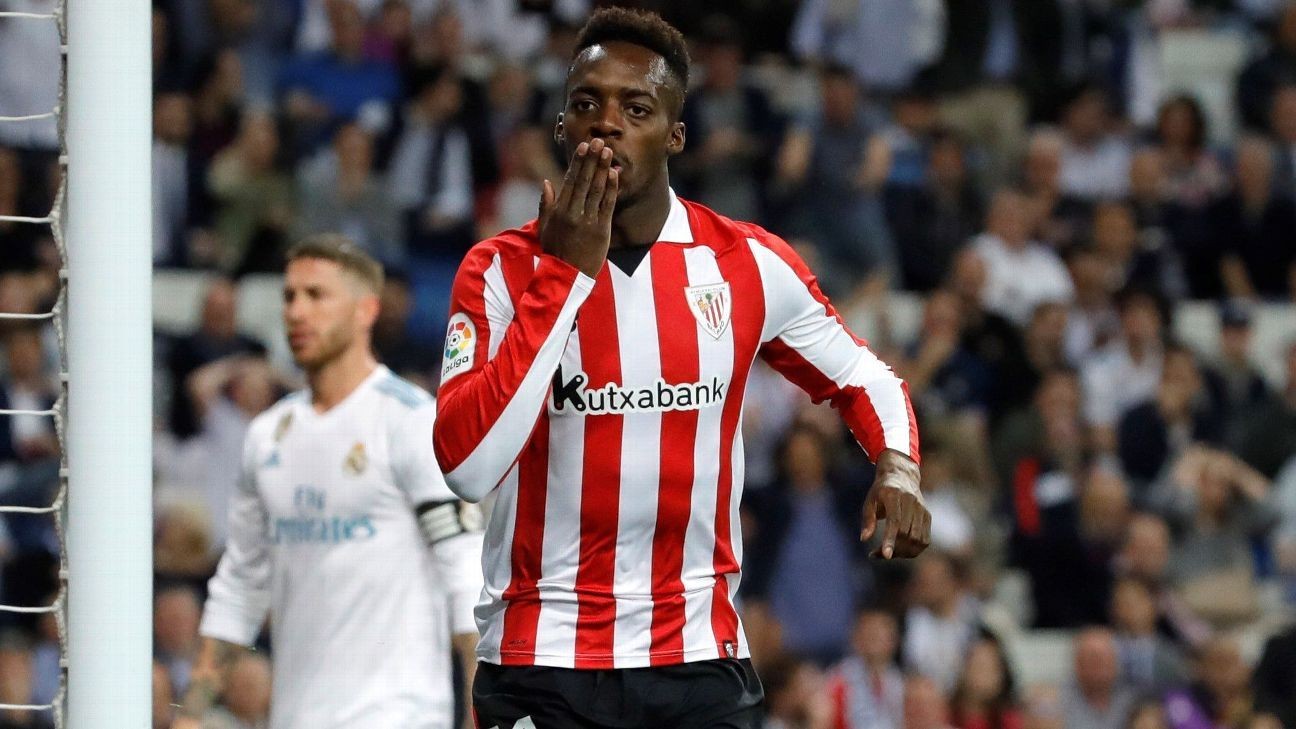 Inaki Williams hopes he can pave the way for more black players to play for Athletic Bilbao.

Williams, 21, became the first black player to represent Athletic, who only field Basque players, when he made his debut for the club in 2014. However, the attacker says to this day, despite being born in Pamplona, people still question his right to play for the club due to his skin colour.

"For me, it's an honour that black people and African people are proud of me," he says in the Amazon documentary Six Dreams.

"I want to open doors for people when others say: 'A black player can't play for Athletic,' or 'That black player is not Basque,' which is still happening.

"You hear and read comments: 'How can a black player play for Athletic?' No, no, I am black, but I am also Basque, I was born here.

"I feel Basque and I want to open doors for all those people that want to fight and work hard every day to play for Athletic."

Athletic's stringent Basque-only policy means they only sign players that have been born or have roots in the northern Spanish region -- it does not discriminate against players because of their colour.

Williams, who was born to Liberian parents in the region, joined the club's Lezama academy as a teenager and has represented the Spain national team.

After starring for the club's reserve side, he was handed his first team debut by now Barcelona coach Ernesto Valverde against Cordoba in December 2014, becoming the first black player to play for the club.

Jonas Ramalho, now of La Liga side Girona, had previously become the first mixed-race player to play for the Bilbao-based club in 2011.

Williams has since made 163 appearances for Athletic, scoring 34 goals, and recently signed a new four-year deal at San Mames with an initial €80 million release clause.