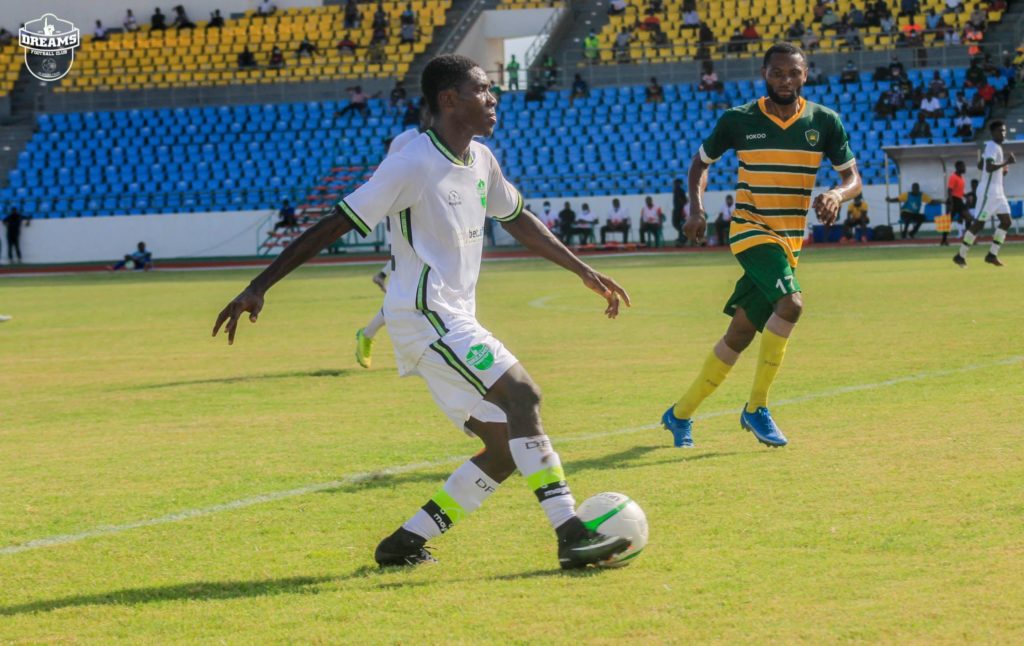 Ebusua Dwarfs were held to a 1-1 stalemate at the Cape Coast stadium on Monday by Dreams FC as their winless streak stretches to four matches in the relegation dogfight.

The Crabs had to come from behind to earn the draw. They are now just two points above the relegation zone.

Bright Quaye was preferred between the sticks for the match.

Japanese import Jindo Morishita was handed his first start whereas Godwin Adikah returned to the starting lineup after recovering from an injury.

The visitors drew the first blood in the game as early as the 6th minute when Agyenim Boateng Mensah headed home a cross from Issah Ibrahim from the right.

Dreams came close to getting the second on three occasions before the end of the first half.

Dwarfs drew level in the 65th minute as Moro Sumaila scored his 5th goal of the season after connecting a fine pass from midfielder Michael Ohene Asamoah.

The Believers came close again in the 74th minute as Emmanuel Ocran wins a loss ball in front of the goal, sets Sylvester Simba up for a strike but the latter misses the goal by an inch.

The Abontoa Abontoa Boys nearly got the match winner but their attempt in the 89th minute missed the goalposts by a whisker.