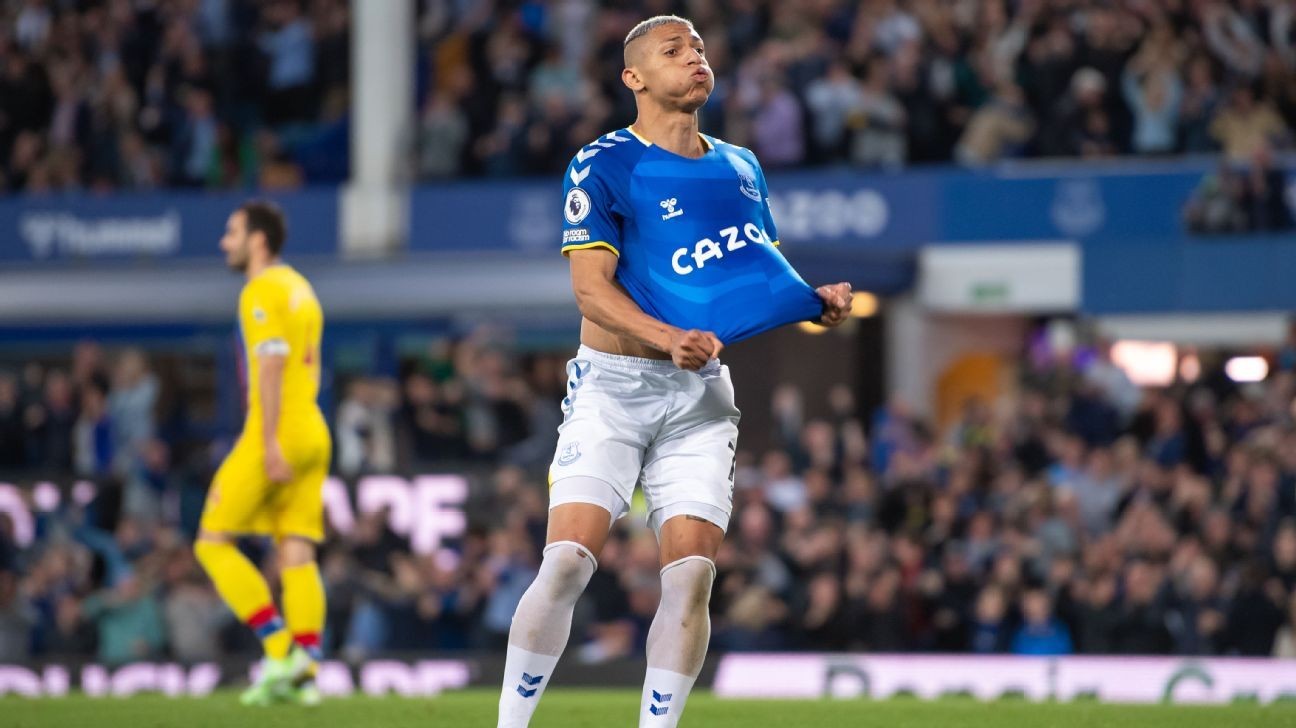 Tottenham Hotspur have completed the signing of Richarlison from Everton, it was announced on Friday.

Sources told ESPN on Thursday that Spurs were closing in on signing the Brazilian striker for a club-record fee in the region of £60 million. ESPN also reported that Spurs are likely to pay an initial £50m with as much as £10m in add-ons, with Richarlison signing a five-year contract.

A statement from Tottenham said: "We are delighted to announce the signing of Richarlison from Everton, subject to a work permit."

- ESPN's Notebook: The inside stories from around the world
- Stream ESPN FC Daily on ESPN+ (U.S. only)
- Don't have ESPN? Get instant access

An Everton statement said: "Richarlison has completed a transfer from Everton to Tottenham Hotspur for an undisclosed fee.

"Everyone at Everton would like to thank Richarlison for his service and commitment during his time with the Club."

Richarlison, 25, scored 10 goals and assisted five times in 30 Premier League games for Everton last season, as the club narrowly avoided relegation with a 16th-placed finish. He scored 53 times in 152 appearances for the Merseyside club since joining in 2018 from Watford -- who are due to receive 10% of any fee over £40m for the striker.

The North London club are also close to adding Clement Lenglet, on loan from Barcelona, and Djed Spence, in a permanent deal from Middlesbrough, to their list of summer acquisitions, sources have told ESPN.

Meanwhile, ESPN's Insider notebook reports that Spurs are in talks to add set-piece specialist Gianni Vio to their backroom staff.