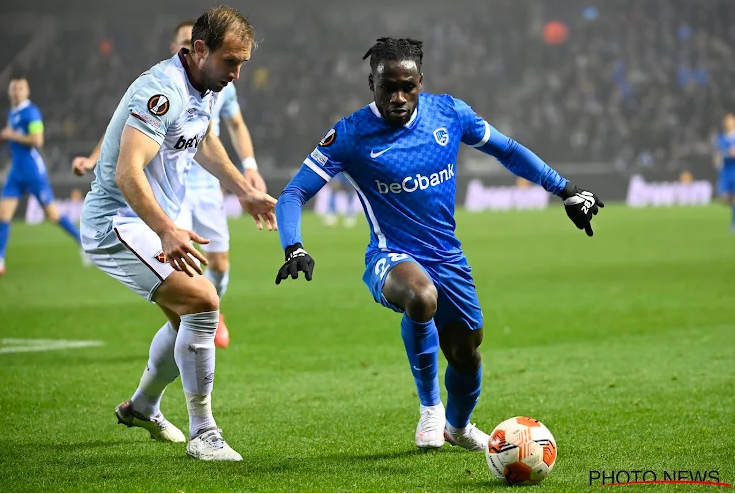 Ghana winger Joseph Paintsil provided an assist as Genk secured a late 1-0 win over Gent in the Belgian top-flight.

Paintsil received the ball on the left, created space for himself with a Cruyff turn, and teed up Andras Nemeth to score the game-winning goal for Genk.

He came on after halftime and contributed to Genk's victory, which gives them a chance to finish first in the Conference League group.

The assist was his 10th goal contribution of the season, and he hopes to end the season with at least 15.

Paintsil has appeared in over 31 games this season.

Since his debut in January of this year, the attacker has made four appearances for the Black Stars.

In his first tournament, the 2021 Africa Cup of Nations in Cameroon, he made a strong impression.