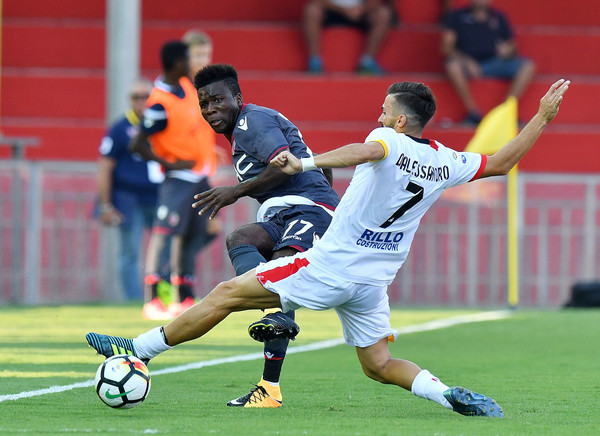 Midfielder Godfred Donsah's second half goal ensured Bologna picked their first league win of the season in a 1-0 success at newly-promoted Benevento on Saturday in the Serie A.

The Ghana youth international scored what has been described as a coast-to-coast goal running from inside his own half on 55 minutes.

But Donsah picked up an injury and had to be replaced in the 70th minute by Lorenzo Crisetig.

He has been linked with Torino but the youngster put in an impressive shift.