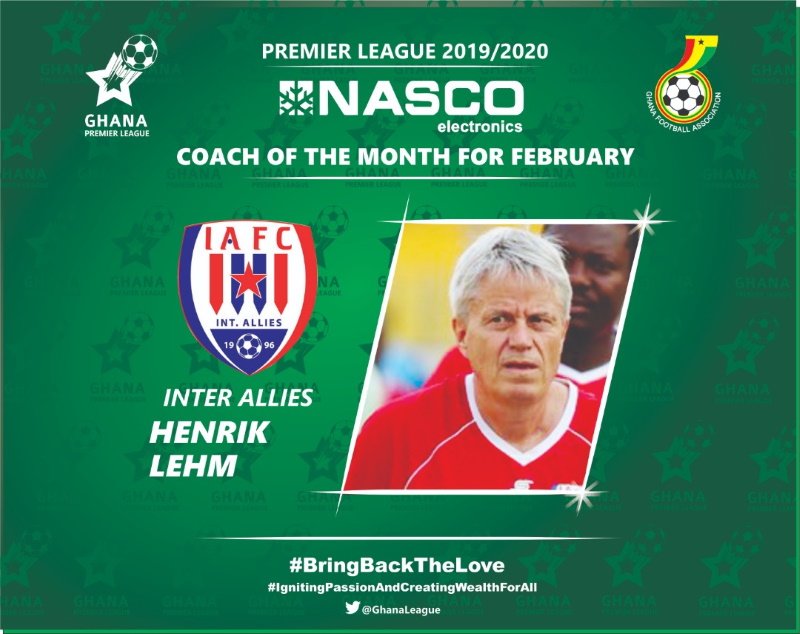 Inter Allies trainer, Henrik Lehm has been named the 2019/20 Ghana Premier League NASCO Coach of the Month for February.

Lehm led the ‘Eleven Is To One’ to chalk up three victories, a draw and defeat each during the period, including major wins on the road over Eleven Wonders and Berekum Chelsea.

Henrik Lehm joins Berekum Chelsea’s Joseph Asare Bediako as the coaches to win this monthly award so far this season.