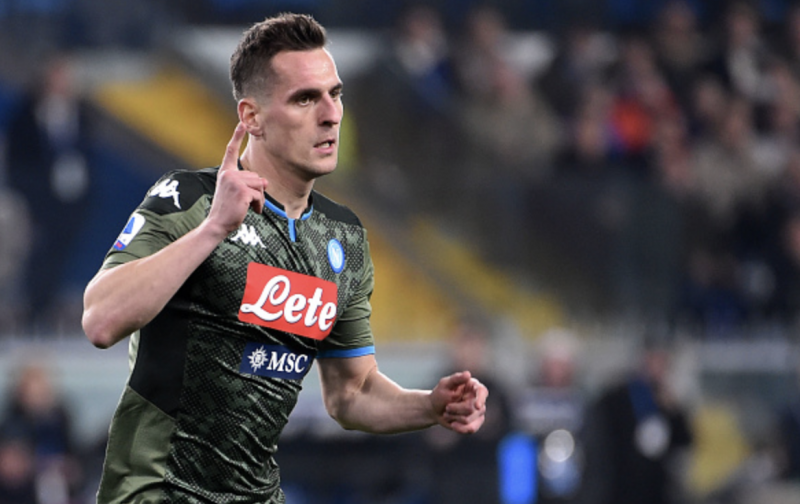 Inter are in the market for a new striker and one name being mentioned as a potential signing is Napoli’s Arkadiusz Milik.

The Polish international will be out of contract at the end of the season after a tumultuous summer in Campania, meaning he can hold talks with any club starting in January.

While the Nerazzurri have also been linked with a move for Chelsea’s Olivier Giroud, Milik is a younger option and thus seen as the more desirable option.

While Inter are keen to explore a move for next summer, there is a slight chance they could hold talks with Napoli in January in order to land their man six months early.

It remains to be seen whether the Azzurri would be willing to strengthen a direct rival, though recent rumours have Gennaro Gattuso’s side open to landing Matias Vecino, giving rise to talk of a possible swap.