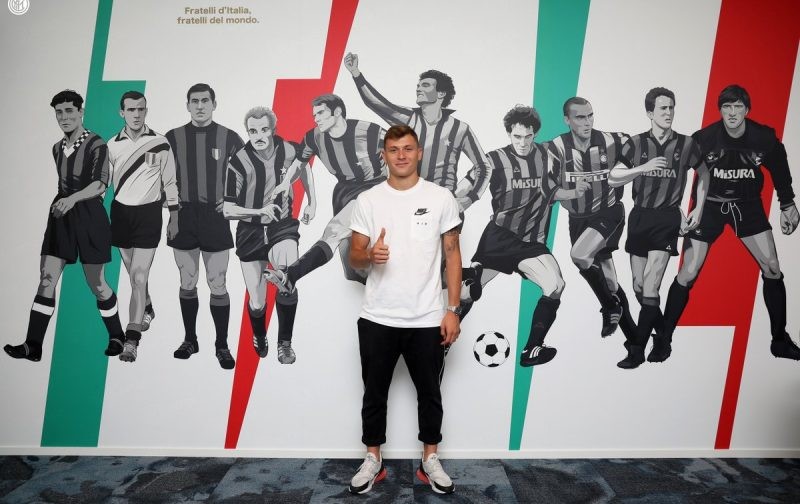 After lengthy negotiations, Inter have completed the signing of midfielder Nicolo Barella from Cagliari on an initial loan, with a view to a permanent move.

The Nerazzurri had identified the Italian international as a key target in the transfer window but struggled to reach an agreement with Cagliari, and the delays allowed Roma to steal a march and agree a deal with the Sardinian outfit.

However, Barella’s determination to join Inter saw the capital club withdraw their offer and, after further talks, the Nerazzurri took to their official website to announce that the 22-year-old had signed a five-year contract at the Stadio Giuseppe Meazza.

Barella moves to Inter on a season-long loan with an obligatory purchase agreement next summer, and La Gazzetta dello Sport suggest that the Biscione have paid an initial €12 million to secure him. However, the deal could reach up to €45m through the purchase and additional performance-related clauses.

Aside from a loan spell at Como, the Cagliari-native had spent his entire career with his hometown club and made 112 appearances for the Isolani.

After being handed his international debut by Roberto Mancini in a 1-1 draw against Ukraine in October, Barella has earned seven caps for the Azzurri and has netted twice.