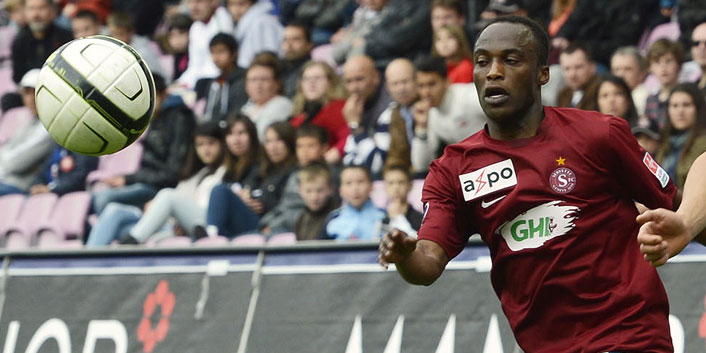 Ghana winger Ishmael Yartey explains the reason for FC Servette's 2-0 defat to FC Thun in the Swiss League on Monday.

The former Ghana Under-17 star player has enjoyed a lot playing opportunities this term since joining from Portuguese side Benfica.

He has been speaking to the club's website on a wide range of issues including the disappointing display against FC Thun.

Here are excerpts of the interview with Servetteâ€™s official website.

Servette have picked zero point against FC Thun this season. What is the problem with the team this season?

A team always has good and bad times of the season. Servette are currently undergoing one of these bad times with three straight losses. It is a big disappointment to have manage just a single win in four games against Thun.

How do you explain the recent streak of bad results?

It ??is difficult to explain. We did our best but obviously our best was not enough. As I said, this is a big disappointment.

Apart from failing to win matches, Servette are also not scoring goals. What is the problem?

Yes, we had chances but could not utilise them. They had few chances and yet they managed to convert them and that made the difference.

After conceding the early goal did it affect the course of the game?

Yes! The goal we conceded in the early minutes destabilized us. But there is no point complaining. It is now time to get back to work, to train hard and think about the future games.

The next game is against FC Sion and how are you preparing towards it?

It will be a great derby especially against a club that needs points to survive. It is not going to be an easy game for but we will work hard and be ready for the derby.