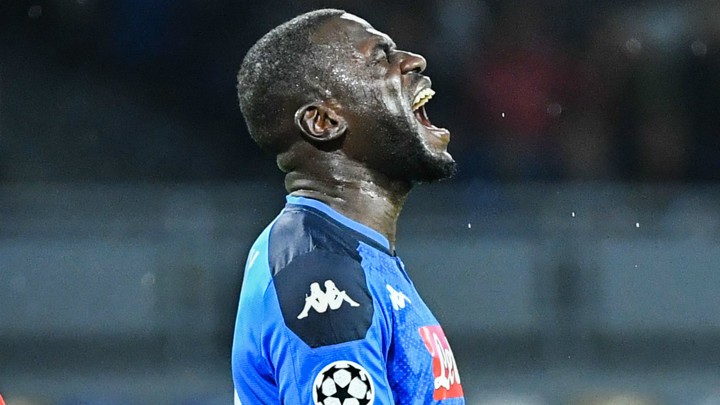 Paris Saint-Germain midfielder Idrissa Gueye has revealed that he hopes to lure Senegal team-mate Kalidou Koulibaly to the French capital.

Koulibaly currently features for Italian side Napoli, where he has risen through the ranks while emerging as one of the top central defenders in world football.

The 28-year-old joined Napoli from Genk in 2014 and has gone on to make 233 appearances for the club after being slotted right into the starting XI upon his arrival.

Prior to his spell at Genk, the Senegalese played in France after coming through the Metz academy, as he featured 46 times for the club in Ligue 2.

And his international team-mate is hoping that Koulibaly could someday opt for a return to France, as Gueye says he would be most welcome at PSG.

“I have not yet spoken to anyone about it, apart from one of my coaches who sent me a message and said that it would be fantastic," Gueye told Canal Plus.

“I get on very well with him. I call him 'my general.' If he comes here, it would be good thing for him.”

Koulibaly has earned 42 caps for Senegal and was named the country's player of the year in 2017 and 2018.

Additionally, the defender has represented his country at the African Cup of Nations twice as well as at the 2018 World Cup in Russia.

Gueye joined PSG in July 2019, having emerged as a star midfielder for both Aston Villa and Everton during his time in the Premier League.

He's earned 64 caps for Senegal, having joined Koulibaly as a team-mate at those three major tournaments while also featuring at the 2015 AFCON and 2012 Olympics.

PSG currently sit atop Ligue 1, with a 12 point gap over Marseille despite playing one fewer match as the league remains suspended due to the coronavirus.

Koulibaly's Napoli, meanwhile, have struggled this season as the club sits sixth in Serie A.