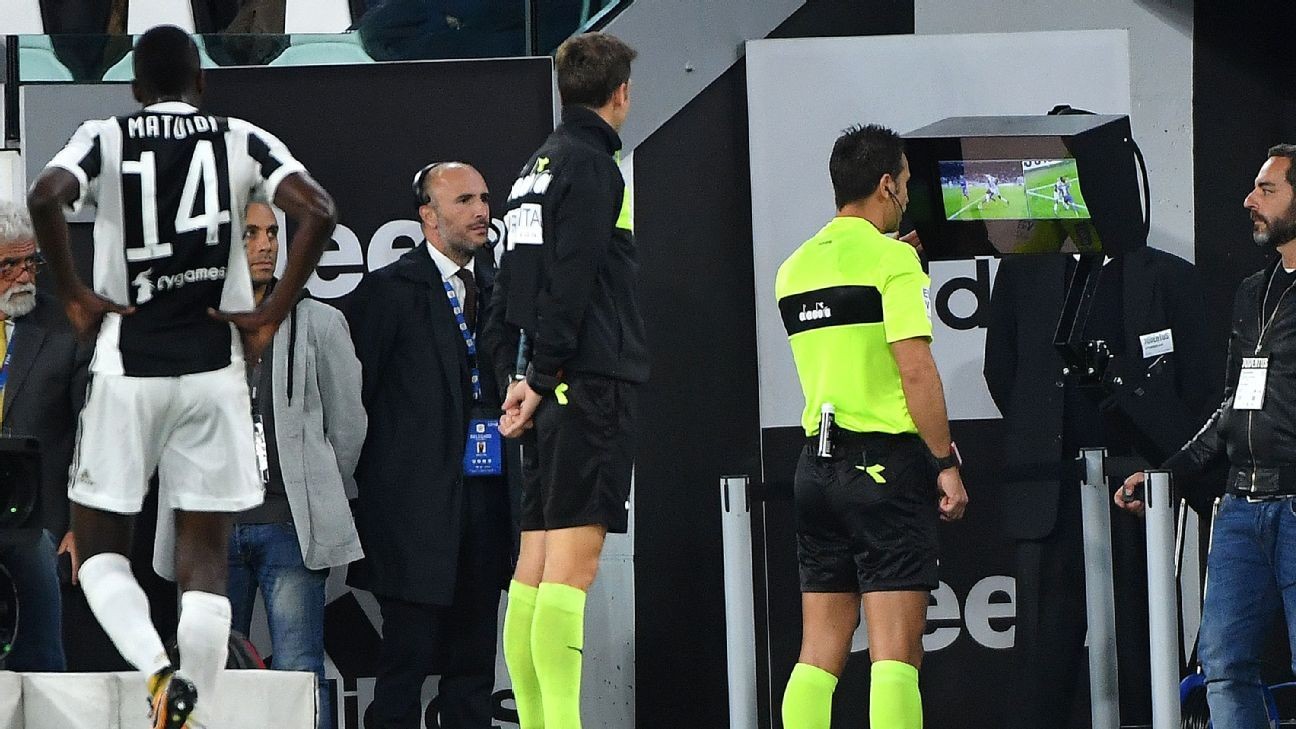 Steve Nicol and Shaka Hislop break down the handball leading to a penalty in Juve's 1-1 draw with AC Milan.

Gab Marcotti previews Lazio vs Inter Milan with huge Serie A title implications on the line.

Italy's governing body (FIGC) has asked FIFA if football's rule-makers, the International Football Association Board (IFAB), can introduce a system whereby Serie A teams can challenge refereeing decisions and ask for technology to intervene.

The Italian top flight introduced the Video Assistant Referee (VAR) system in 2017-18 but it has been criticised by Serie A managers who feel technology should take a second look at controversial decisions made by on-field referees.

Napoli and Parma fumed over VAR last weekend for wrong calls made by the referee after they were not awarded penalties and FIGC believes managers should be allowed to challenge decisions, much like tennis players do with close line calls.

The FIGC said it received requests from a number of Serie A clubs and they informally took up the matter with soccer's world governing body FIFA, telling it they were ready to experiment with the use of challenges within a timeframe and process specified by IFAB.

IFAB, which presides over the Laws of the Game, will hold its Annual General Meeting in Belfast on Feb. 29 where subjects such as possible future developments on VAR use and concussion protocols will be discussed.

FIGC president Gabriele Gravina has also asked Serie A's head of referees Nicola Rizzoli to instruct referees to make more use of on-field reviews for controversial calls as the title race heats up in Italy.

Inter Milan and Juventus are level at the top of the standings on 54 points while Lazio are third, one point behind.