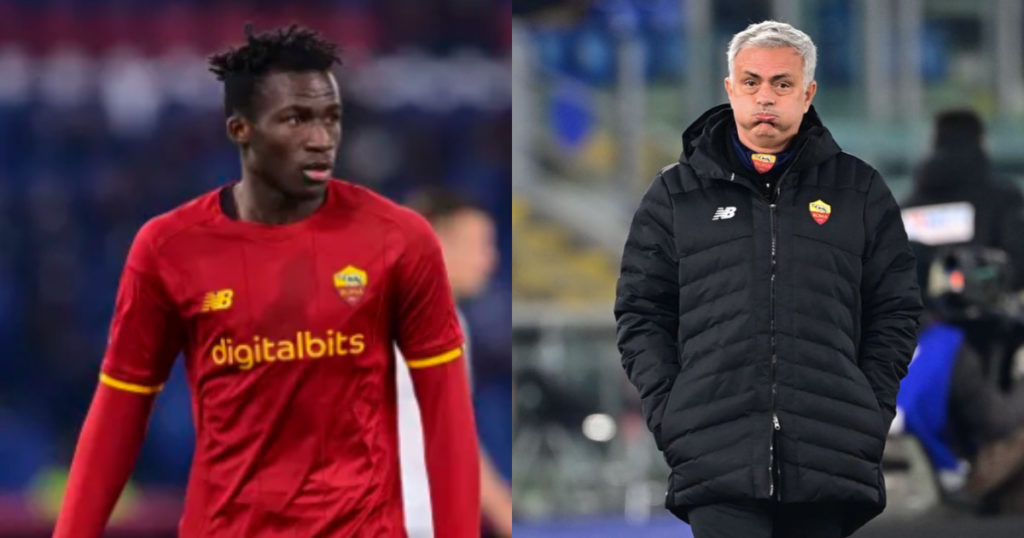 Afena-Gyan was sent off after celebrating a goal which was eventually ruled out for an initially hand ball. It was his second booking after coming on in the 64th minute.

Although, Mourinho's gestures suggested he was unhappy, he declined to comment on officiating but admitted his players were naive in some moments.

"I prefer not to speak about the referee. In my opinion he did okay. I did not see either of the two incidents that led him to book Felix and I would rather not say anything. But, that being said, we seem to continue to have this incredible record of picking up yellow cards. Even the yellow cards before, to Vina and Kumbulla ... it's too much," he said after the game.

"We are a bit of a naive team, we are certainly not aggressive, and yet we still have this tally of yellow cards," added the Portuguese gaffer.

The 18-year-old was making a return to the squad after beating COVID-19.

Chris Samlling and Roger Ibanez's goal at either side of half time gave the Romans victory on Monday night.