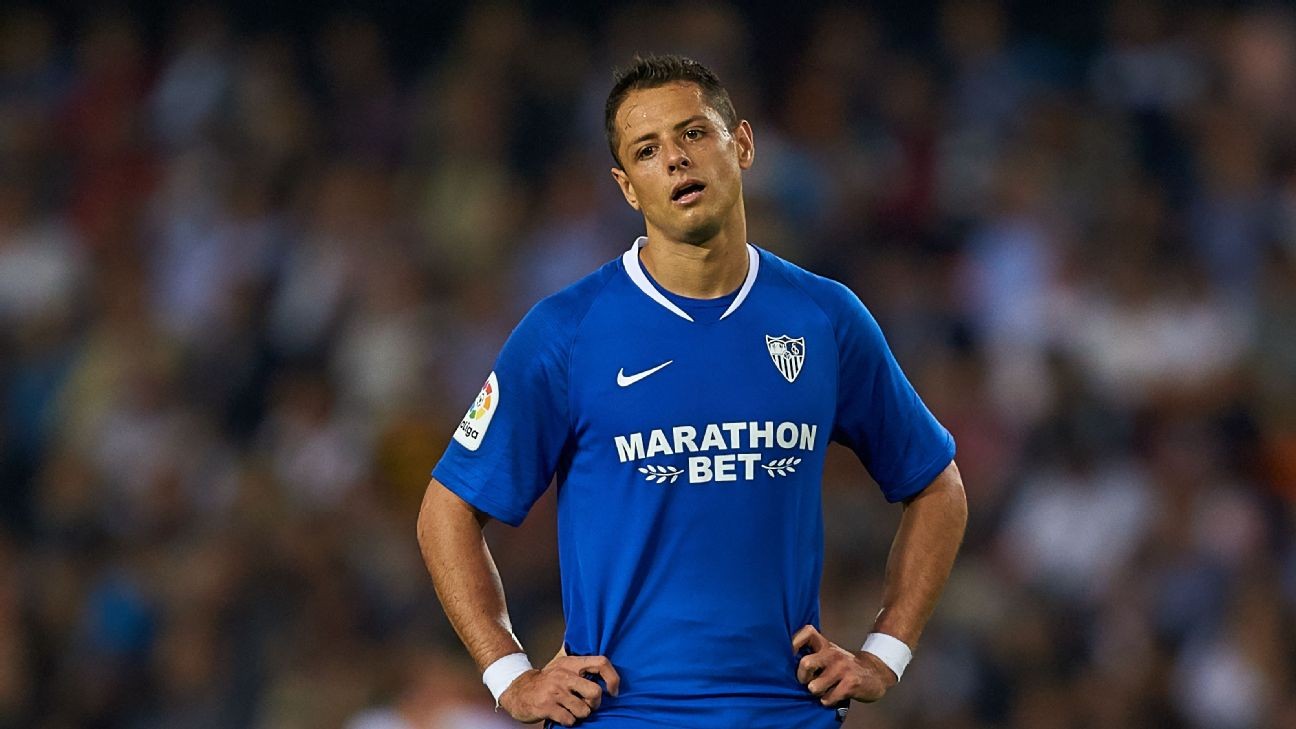 Javier 'Chicharito' Hernandez has one goal for Sevilla in La Liga.

Mexico forward Javier Hernandez has refused to rule out playing in Major League Soccer later in his career.

- When does the transfer window reopen?
- All major completed transfer deals

Hernandez -- also known as "Chicharito" -- moved to Sevilla in the summer following a spell in the Premier League with West Ham.

"Yes, definitely," he told the LA Times when asked if he had thought about continuing his career in the U.S. "Look, I am always thinking about my future. I want to be as open as I can to any opportunity.

Hernandez left Mexico in 2010 when he joined Manchester United from Guadalajara and became an instant hit with 20 goals in his first season en route to a Premier League title.

He helped United win another title two years later but left to join Real Madrid on loan for the 2014-15 campaign where he won the FIFA Club World Cup before moving to Bayer Leverkusen permanently.

After two seasons in Germany, he moved back to England with West Ham. He joined Sevilla in the summer and has scored one goal in seven La Liga appearances.

Hernandez, 31, is Mexico's all-time leading scorer with 52 goals in 109 appearances.