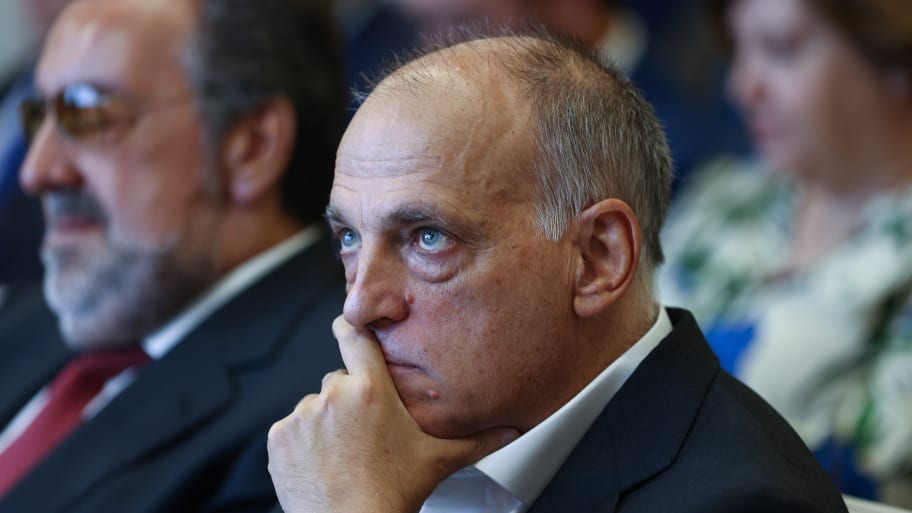 La Liga president Javier Tebas has hit back at PSG chief Nasser Al-Khelaifi following his comments about clubs being run in an 'unsustainable' manner at an Assembly in Istanbul.

Al-Khelaifi, who is also president of the European Club Association (ECA) made a speech at an Assembly following UEFA's renewal of Financial Fair Play, where he seemed to take aim at Barcelona's attempts to raise the club's finances.

At the conference, the Paris Saint-Germain president was wary of clubs 'magically injecting capital' and warned about unsustainable methods of running a football club, after Barcelona had activated various economic levers to fund their summer transfer window.

Hitting back at the comments, La Liga president Tebas took to Twitter to rubbish the concerns, stating 'there is no magic' in response to Al-Khelaifi's speech.

"Barcelona has sold part of its assets to cover its losses. At PSG, you instead 'open the gas'," he added: "For sustainable football, the first thing is to pay what is owed, RIGHT?"

Tebas and Al-Khelaifi have regularly been at each other's throats over issues such as Financial Fair Play and exchanged verbal blows as recently as June, when the latter criticised La Liga and described it as a 'dead' league, to which Tebas again responded.

The La Liga president has had a busy summer with Barcelona regularly pushing the limits of their finances, selling off various television and media rights to raise funds for transfers, wages and to be able to register players for the current season.

This article was originally published on 90min as Javier Tebas responds to PSG president's message to Barcelona.