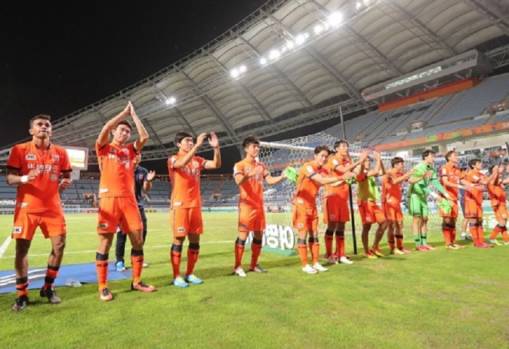 Seoul: AFC Champions League hopefuls Jeju United have bolstered their ranks thanks to the signing of striker Frederic Mendy and the reappointment of Jo Sung-hwan as head coach.

With an AFC Champions League Play-off against either Hong Kong’s Kitchee or Hanoi T&T from Vietnam to come on February 7, Mendy joins Jeju from K League Classic rivals Ulsan Hyundai FC where he played 18 times and scored six goals - including one against his new employers - last season.

Mendy, who has made one appearance at international level for his native Guinea-Bissau, played in both Singapore and Portugal before moving to the Korea Republic top-flight in 2016.

In addition to the arrival of Mendy, Jeju have announced that former head coach Jo Sung-hwan will take up the reins once again as they look to shine on both domestic and continental fronts.

Jo had been in charge of Jeju until as recently as October, but was replaced by Kim In-soo due to fears that he did not have the correct coaching license to lead the club in their 2017 AFC Champions League campaign.

However, Kim’s departure to Ulsan Hyundai FC on Tuesday, coupled with Jo’s recent enrolment on an AFC Professional Diploma course, has seen the 46-year-old assume control for a second time.