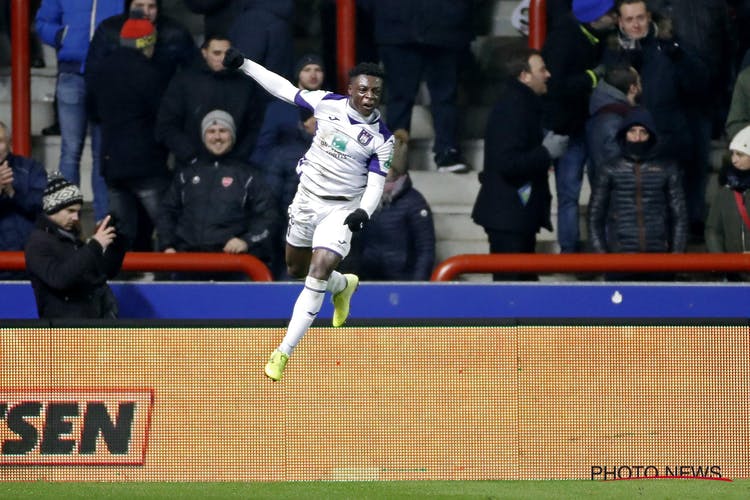 Anderlecht defender Philippe Sandler has advised Jeremy Doku to stay grounded after scoring in their 3-2 win against Royal Excel Mouscron in the Belgian Cup on Thursday.

The 17-year-old put in a superb showing in the game as the Purple and White lads advanced to the quarter-finals of the Belgian Cup.

Doku scored the second goal to put Anderlecht ahead in the before halftime when the game was tied at 1-1 at the Stade Le Cannonier.

It was youngster's second goal of the season for Anderlecht as he had already netted once in the Jupiler League this season.

The budding hitman has been touted as the next big thing to come out from the club's academy - with some even tipping him as the next Hazard of Belgian football.

However, Sandler has called on his youth team mate to continue working in humility to reach the top.

"It must continue in this way," warns Philippe Sandler. "Because we know how it is with these young people: a good match, two less good ... He must learn to be regular".

"He has shown great things in training in the last few weeks, he has a lot of qualities, of course, if he passes his man, he can not make up for it, but his performance must improve and he must not to believe you have arrived, "concludes Sandler. A tip that Doku will hear much more easily than if he came from analysts."