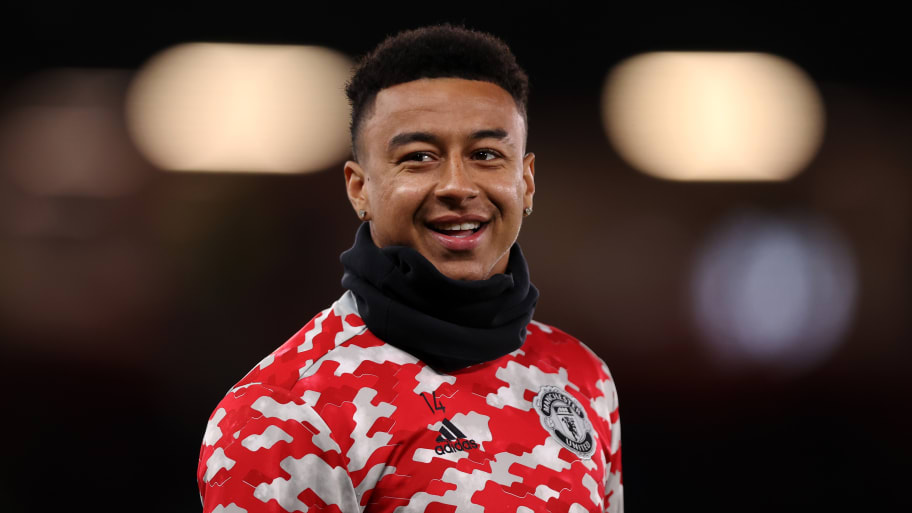 Jesse Lingard is one step closer to leaving Manchester United after talks over a new contract came to an end.

The 28-year-old has become increasingly frustrated with his role at the club after failing to force his way back into Ole Gunnar Solskjaer's plans.

A successful loan spell at West Ham last season, which yielded nine goals in 16 Premier League appearances, had looked to have earned Lingard another opportunity at Old Trafford, but he's been unable to command a place in the side after the summer arrivals of Jadon Sancho and Cristiano Ronaldo - who added to an attacking arsenal that already consisted of Bruno Fernandes, Mason Greenwood, Marcus Rashford, Anthony Martial and Edinson Cavani

Lingard is yet to start a Premier League game for United this season and has instead been limited to cameo appearances from the bench - yet even those have been few and far between. His only start of the season came in the Carabao Cup in September against, ironically, West Ham, in a game that United lost 1-0.

90min has long understood that Lingard was keeping his options open regarding his future, and it looks increasingly likely that he'll now be leaving the club he joined as a seven-year-old.

Talks over extending his contract at United - which runs out at the end of the season - have ended, and there's little prospect of them resuming - a direct result of Lingard feeling that promises over his playing time have been broken.

Lingard's impending departure, potentially in the January transfer window for a reduced fee or on loan, is likely to fuel rumours of a return to West Ham, and there is continued interest from the Hammers. They attempted to sign him on a permanent basis in the summer but were told by United that he is not for sale.

But West Ham have plenty of other targets in mind too, namely Sparta Prague's Adam Hlozek, who 90min understands is a possible loan target.

The 19-year-old is one of the most highly sought-after teenagers in world football, and plays for the club that billionaire Czech investor Daniel Kretinsky - who recently bought a 27% share of West Ham - is currently president of. The Hammers also want to invest in a central defender, meaning they will need to be wise with their January spending.

Lingard also has heavyweight interest in his services from abroad, with Barcelona, Milan and Atletico Madrid - who 90min revealed in July were tracking him - all keen on agreeing a summer free transfer.

This article was originally published on 90min as Jesse Lingard closer to Man Utd exit after contract talks break down.