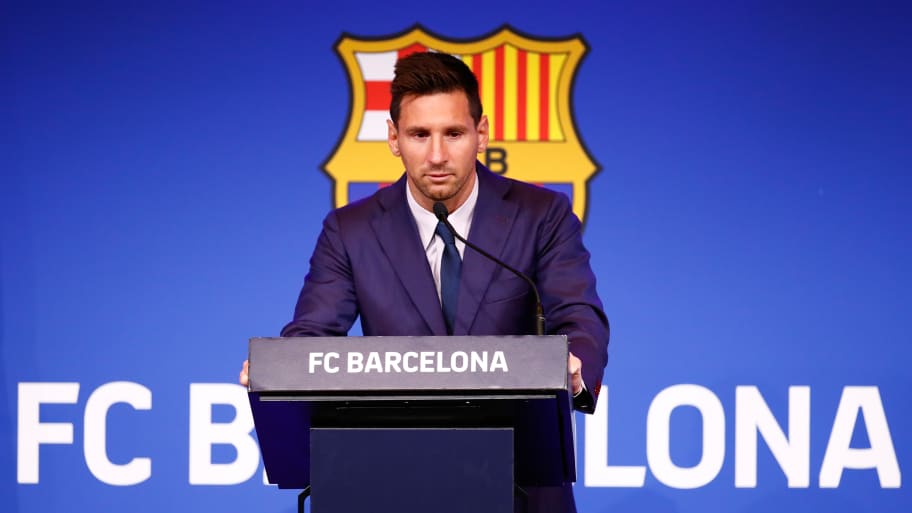 Barcelona president Joan Laporta has suggested that Lionel Messi could rejoin the club in the future and that he 'owes' it to the Argentine to facilitate such a move.

Messi had to end his 21-year stay in Catalonia last summer following the expiration of his contract as Barça could not renew his deal under La Liga's strict financial regulations.

The legendary forward went on to sign for Paris Saint-Germain, though has not hit the same heights in the French capital so far.

Speaking to ESPN, Laporta hailed Messi as Barcelona's best ever player and insisted he would like to bring him back to Camp Nou in the future.

"Messi has been everything, for Barça he has possibly been the best player in history, the most efficient, only comparable to Johan Cruyff in the history of Barça," Laporta said.

"But it had to happen one day, we had to make a decision as a consequence of the legacy [financial trouble] we had received [from predecessor Josep Maria Bartomeu].

"The institution is above players and coaches, but I think, I wish, that the Messi chapter is not over yet at Barça and I think our responsibility is to ensure that this open chapter, which has not yet been closed, has a good moment in which it can be done as it should have been done and, in addition, has a much more splendid ending than it had.

"As the president of Barça, I think I did what I had to do. But on a personal level and also as president, I think I owe him."


This article was originally published on 90min as Joan Laporta hints Lionel Messi could return to Barcelona.