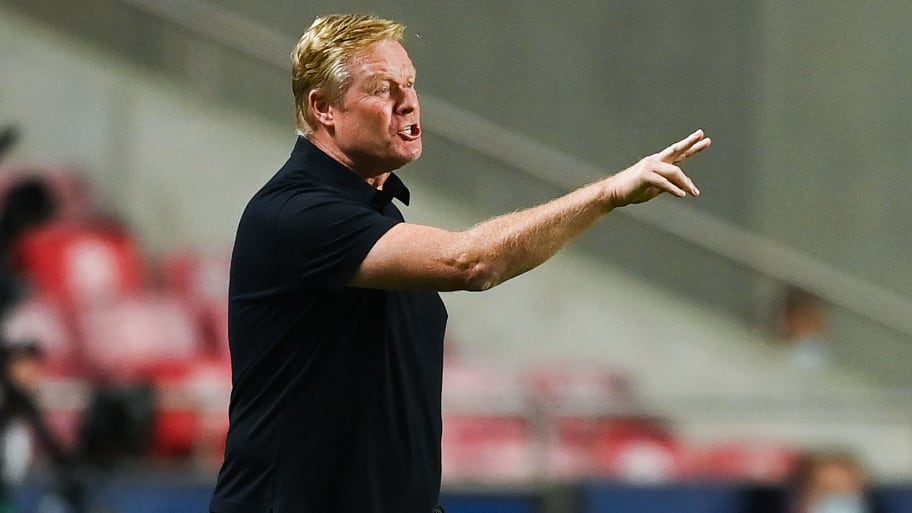 Barcelona president Joan Laporta has stressed that manager Ronald Koeman will not be removed from his position, regardless of how the team get on against Atletico Madrid on Saturday.

Koeman has come under serious pressure after an underwhelming start to the season, with recent results - just one win from the last five games - understood to have the boss teetering on the edge.

Those in charge at Camp Nou have been searching for a replacement for a while now, but speaking ahead of the Atleti game, Laporta was adamant that Koeman's position is not under threat.

"Regardless of the result, Koeman will remain the coach," Laporta told the press (via Mundo Deportivo).

"I appreciate the fact that he took over Barcelona at a time of difficulty. He could have had moments of discouragement but he has kept his spirits high and now that the injured players are coming back, he deserves that margin of confidence.

"We have spoken, it's not true that we have a poor relationship. It is a good and sincere relationship. He is a good person and I believe he thinks the same of me and we are all trying to move Barcelona forward for the better."

The news comes shortly after one of the leading candidates, Belgium boss Roberto Martinez, left the door open to taking over from Koeman.

Martinez, who is close friends with some of the members of Laporta's board, admitted that he plans to see out the remaining 12 months of his contract with Belgium but could not guarantee that he actually would.

This article was originally published on 90min as Joan Laporta insists Ronald Koeman will not be sacked by Barcelona.