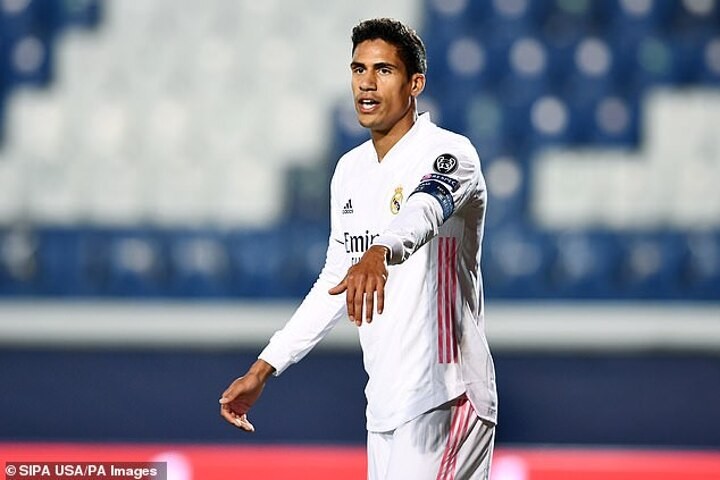 Liverpool legend John Barnes has urged his old club to move for Real Madrid defender Raphael Varane - saying he would be 'smart business' for the club.

The French centre-back could be on the move this summer - with the cash-strapped Los Blancos reportedly open to cashing in to free up funds, and United are said to be a massively interested party.

But Barnes feels Liverpool should attempt to hijack any transfer from their rivals, insisting that Varane would slot in perfectly with the team's style under Jurgen Klopp as a ball-playing centre-back.

'Varane would be a fantastic signing for Liverpool,' Barnes told BonusCodeBets.

'He's quick, he's a good defender and great on the ball so he would suit the way that Liverpool play and for Liverpool to sign him would be a fantastic piece of business.

'He would strengthen any team in the Premier League but if he is leaving Real Madrid then there will be a lot of teams interested and a lot of competition to sign him.'

The Reds have looked light at the back this season after losing both Virgil van Dijk and Joe Gomez to injury, while Joel Matip has also struggled to stay fit, forcing Klopp to deploy midfielders Fabinho and Jordan Henderson at centre-half occasionally.

Ozan Kabak joined in Janaury from Schalke for £20m but has looked less than inspiring, while World Cup winner Varane is regarded as one of the best defenders in the world and would bring grit and steel to Liverpoool's back line.

Liverpool have endured an up and down season so far - looking like favourites to win the title early on but now facing a battle just to finish in the top four after a run of four successive defeats last month.

A report from MEN this week claimed Real are hoping to rack up around £174m to sign PSG star Kylian Mbappe from PSG this summer, but with the Spanish outfit suffering financially as a result of the pandemic, they will be forced to free up funds.

Rated at around £61m, the club would be willing to sell to United, it adds, with Ole Gunnar Solskjaer hoping to find a quality partner for Harry Maguire at the heart of his defence.

The 27-year-old has played more than 350 times for Madrid since joining from Lille in 2011 - winning LaLiga three times and the Champions League four times. Liverpool fans will be dreaming about the prospect of him possibly partnering Virgil van Dijk, who is also regarded as one of the top defenders around.

While Liverpool are lacking in defence, Klopp still has quality up top through the likes of Sadio Mane, Mo Salah and Roberto Firmino, and Barnes does not believe the German boss should rush to sign a player such as Erling Haaland in attack until later in the future.

'[Kylian] Mbappe and Haaland are the answer to Liverpool's problems, but they would also be great for Real Madrid, Bayern Munich and every top team in Europe,' he added.

'Attacking players are not Liverpool's immediate priority because they have Mane, Salah and Firmino, who are fantastic players and the club are among the top scorers in the league while playing brilliant attacking football.

'However, looking at the age of the top three, in the long term they need to be replaced, but for the immediate future, Mbappe and Haaland aren't players that could come unless things change with one of the front three going.'