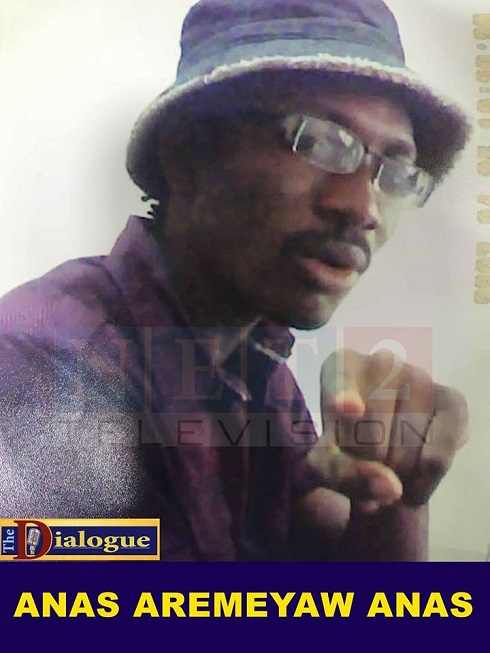 A judge has ruled that Anas Aremeyaw Anas and his Tiger Eye PI must defend themselves in court over the human rights case brought against them by Ibrahim Sannie Daara after they sought to dodge the case by asking a lawyer to answer to the lawsuit on their behalf.

The judge His Lordship Mr Justice Nicholas Abodakpi slammed Anas’defence of his life being in danger as the reason for seeking to evade court scrutiny as ‘incompetent and inadmissible’ and ordered that them to file a fresh Affidavit In Answer within 14 days.

This is a major first victory for Sannie Daara over Anas after his lawyer Dr. Dominic Ayine, powerfully argued that the defendants must be made to swear to the affidavit to avoid dodging the consequences of their work against the Ghana FA Communications Director.

The plan to avoid appearing in court was hatched by Anas’ lawyer Kissi Agyerbeng but Dominic Ayine floored him with three superior arguments which was upheld by the judge His Lordship Mr Justice Nicholas Abodakpi.

The Human Rights Fast-track court subsequently ruled in favour of Sannie Daara by striking out the affidavit of the lawyer Odei Krow, who answered on behalf of the defendants, and asked Anas and Tiger Eye to swear to a new Affidavit in Answer by themselves.

Anas and his Tiger Eye team were seeking to avoid direct scrutiny in court to answer in the human rights case brought by Sannie Daara over the No 12 investigation that claimed that: ‘Sannie Daara was bribed by Tiger to influence the selection of a player into the national team. He made a colleague accept it on his behalf’.

The sub-titles and voice-overs by Anas and his Tiger Eye team on the documentary made the claim even though the video itself showed Sannie Daara insisting ‘players only gain call-ups to national teams through their good performances’, drawing massive applause from the audience when the documentary was shown in cinemas but the targeted editing by Anas and his team sought to damage his reputation.

He subsequently slapped Anas with two lawsuits - the first one being the enforcement of his human rights while the second is a $6m defamation of character legal action.

Lawyer Dominic Ayine told the court to that the tactic used by Anas to avoid appearing in court “is a grand scheme designed by the 1st and 2nd respondents to shield themselves from public scrutiny to enable them remain anonymous so as to continue their dastardly acts against unsuspecting individuals in society. There is no public interest justification for the unavailability of the 1st and 2nd respondents to openly and directly to provide testimony in court and be cross examined.”

Ayine, who is a former deputy Attorney General of Ghana, argued that the ploy by Anas and his Tiger Eye team, ‘offends the hearsay rule under the Evidence Act 1975 (NRCD 323)’.

He added that: ‘Secondly in light of the fact that the instant Application is brought pursuant to Article 33 of the Constitution and therefore relates to a substantive as opposed to an interlocutory matter, the Affidavit in Answer contravenes Oder 20, Rule 8 (1) of the High Court (Civil Procedure) Rules.

“Finally, the affidavit in Answer offends Rule 7 (2) of the Legal Profession (Professional Conduct and Etiquette Rules, 1969 (LI 613) which provides, with exceptions, against lawyers appearing as witnesses for their clients.”

The Accra Human Rights Court presided over His Lordship Justice Abodakpi  struck out the affidavit sworn by Mr Krow a lawyer in the law office of Cromwell Gray which was filed in opposition to one filed by Sannie Daara in the of IBRAHIM SANNIE DAARA v  ANAS AREMEYAW ANAS & TIGER EYE PI.

Sannie Daara had invoked the jurisdiction of the High Court for the enforcement of his human rights. In the affidavit accompanying the application he swore to an affidavit adducing the supporting facts as his grounds.

In response to the claim, neither Tiger Eye PI nor Anas Aremeyaw Anas found it expedient to respond by swearing an affidavit in opposition as required by law.

Instead Mr Odei Krow a lawyer in the Law office of Cromwell Gray solicitors of Anas Aremeyaw Anas and Tiger Eye PI deposed, in an affidavit in opposition to facts that he was neither privy to nor had first-hand knowledge of the documentary.

This was considered by the court to have been done in contravention of the High Court (Civil Procedure) rules. The High Court therefore struck out the said affidavit as being offensive to the court rules and ordered the Defendants to ensure that parties to the suit or persons with first-hand information or knowledge of the facts swear to the affidavits NOT a defense lawyer.

This ruling is a major blow to Anas Aremeyaw Anas and Tiger who had always found solace in hiding behind pseudo defendants to find their cases in court.

Since the hearing of this case started in court he has failed to make a single appearance in court and given frivolous excuses for fear of his life for his absence.