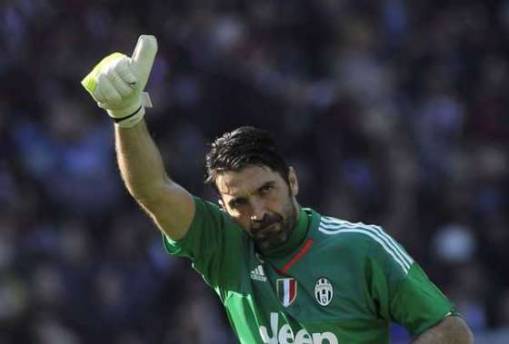 Days after breaking the Serie A record for minutes without conceding a goal, Juventus and Italy goalkeeper Gianluigi Buffon is already thinking about improving his tally.

Buffon managed to keep Torino at bay on the weekend for the 180 seconds required to surpass Sebastiano Rossi’s previous record of 923 unbeaten minutes, and after being quizzed on the feat he says he can do even better.

“I am very happy for this record, as I said after the match I share this record with a wonderful team,” the 38-year-old told reporters ahead of Italy’s friendly against Spain.

“It’s a record that reflects on me, but also on Juventus,” he continued.

“I’m happy to have improved as a player too, and I can do even better. I will get straight to work on doing this.”

The shot stopper was also asked about his views on the recent incidents in Brussels, with three explosions rocking the Belgian capital on Tuesday morning.

“I hope that these attacks do not become normal occurrences,” he said.

“I hope that we can maintain the composure to condemn these incidents.”