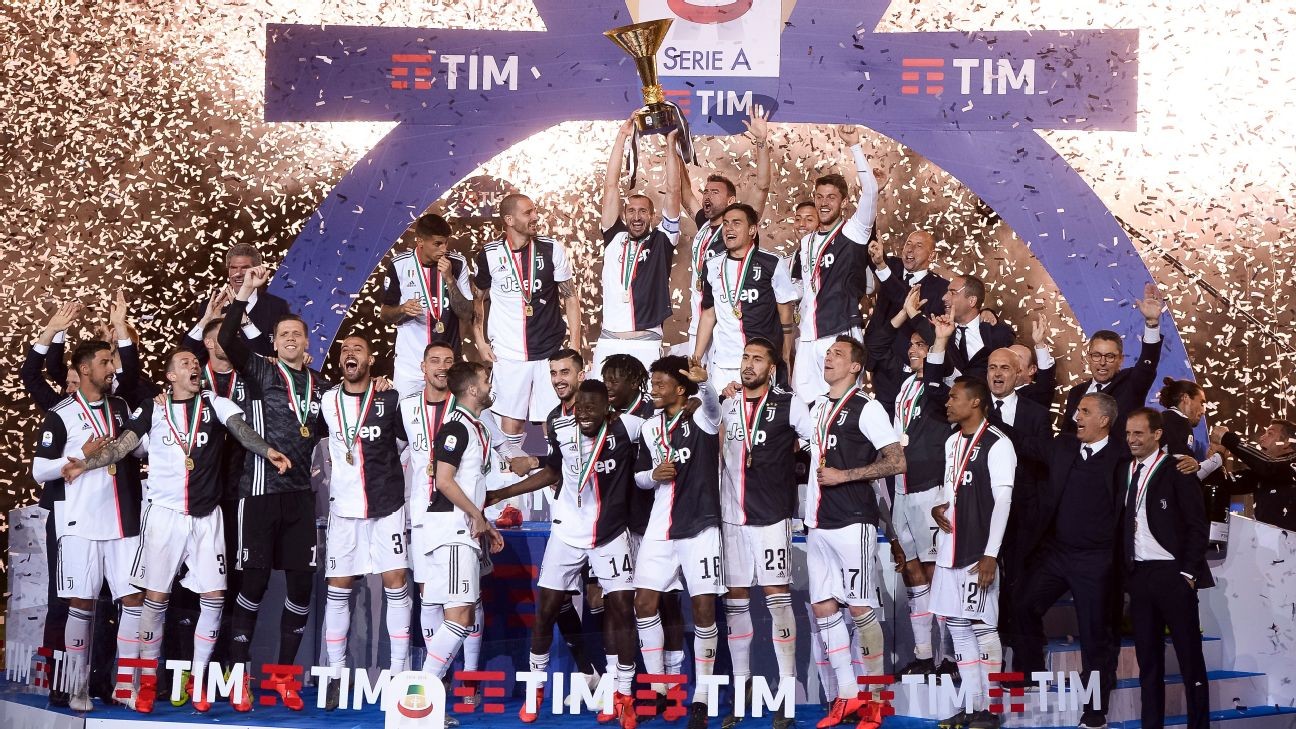 Jon Champion delves into Juventus' wishes to not accept the title should the Serie A season be cancelled. Gab Marcotti weighs up the rumour Manchester United are interested in signing Matthijs de Ligt from Juventus.

Juventus would not accept winning the Serie A title as a result of the coronavirus pandemic, according to Italian Football Federation (FIGC) president Gabriele Gravina.

Maurizio Sarri's side lead the Italian league by a single point ahead of Lazio with 12 matches remaining as the Italian federation extended the ban of all Italian sporting activity to April 13.

Italy has been under lockdown for three weeks.

Fiorentina and Torino owners are confident the league will be unable to finish but Gravina has said it would be an "injustice" to scrap the campaign.

"The top priority is completing the season," he told TMW Radio. "The idea is to start from May 20 or early June, to end in July.

"There's even been talk of August and September. I've made it clear that I'd hate to take the risk of compromising another season to save this one.

"I think scrapping the season would be rather complex. It would be a grave injustice, which would lead to a legal emergency during an epidemiological one.

"Only the Scudetto would need assigning and Juventus themselves, I believe, have expressed a dislike of such of a solution."

Belgium became the first European top-tier league to cancel the rest of its season and crowned Club Brugge as league champions on Thursday.

Later that day, UEFA, the European Club Association and the European Leagues umbrella group sent a joint letter to their members saying it was of "paramount importance" that competitions, including domestic leagues, were decided on the field.

Meanwhile, Brescia president Massimo Cellino has said that it makes no sense to try to complete the Serie A season and that he would rather forfeit matches than put his team on the pitch.

"This season doesn't make sense any more," he told Gazzetta dello Sport in an interview on Thursday.

"We've stopped, no team will return as before, the matches will be behind closed doors plus there's a risk to the health of the athletes. For me to go back to business is pure madness."

"If they force us to play, I'd be willing to not field the team and lose the matches 3-0 out of respect for the citizens of Brescia and their loved ones who are no longer there."

Information from Reuters was included in this report.