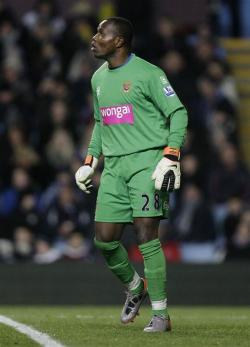 The 33-year-old has been unattached since his release from Blackpool in the summer of 2011.

It was therefore expected with the flurry of transfer activities this winter, the ex Birmingham City glovesman would have been employed but a move did not materialize.

However, the former Ghana first choice goalkeeper could still make a move anytime as he remains a free agent.

There are some rumours he could be set for a return to Turkey but interested teams are yet to emerge.

Kingson has played in five Africa Cup of Nations finals including skippering the Black Stars to win silver at the 2010 edition in Angola.

He has also played in two Fifa World Cup finals.