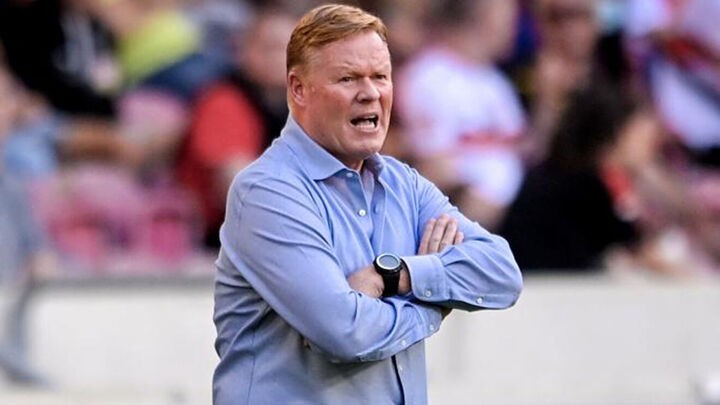 Ronald Koeman was left relatively pleased after a 'perfect' match despite Barcelona losing 2-1 to Red Bull Salzburg in the final game of their tour of Germany and Austria on Wednesday.

The Catalans were second best on the night, with the Austrian side far superior than their LaLiga Santander counterparts, but Koeman is focusing on the positives.

"It's the best thing for us because we're in pre-season but we've found an opponent who played with high intensity," Koeman said after the game. "It was a good session and we've had to run a lot.

"Both teams pressed a lot and played at a high tempo. It was perfect, but I don't like to lose. I'm happy after this week."

Koeman opted to line Barcelona up in a 3-5-2 formation as opposed to his usual 4-3-3, which had been used in pre-season prior to Wednesday's game.

"It's important to change system," Koeman said. "I think this gave us a lot last season, and all of the data tells us that this was our best formation.

"We have to be able to go back to it and to change in the middle of a game. That isn't to say that it will be our regular setup."