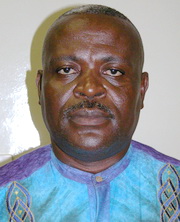 Defeated Executive Committee candidate Kofi Manu has expressed his disappointment at the pattern of votes in Wednesday's elections.

The Aduana Stars Ceo could only manage a total of four votes to place bottom of the Premiership election log but has attributed the defeat to dishonesty of delegates.

"I received at least nine calls on the morning of election day from delegates who assured me of their votes," Manu told Accra-based Hot FM.

"Then to finish the elections with four votes with mine inclusive meant a lot of the delegates were simply dishonest and that is my only regret."

The 'Freedom Fighter' however insisted the verdict is never in doubt and went on to pledge his support for the newly elected members of the executive committee.

"The verdict in itself is never in doubt. I think delegates have spoken resoundly and I take it in good faith.

"I will continue to serve and support the new regime because we all want the continued flourish of Ghana football," he added.

Elections for the remaining four Division One slots will take place on Thursday.