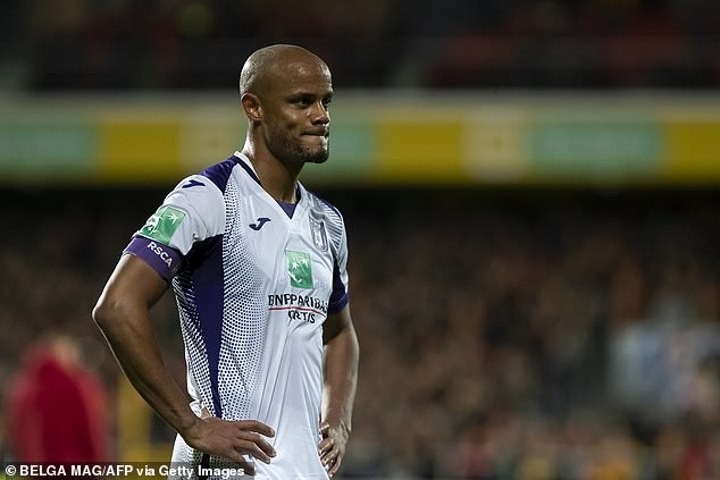 Manchester City held talks with Vincent Kompany over an immediate return but the former captain is remaining at Anderlecht.

The 34-year-old left City last year after lifting a fourth Premier League title as captain, instead opting to take over as manager at his boyhood club.

Kompany, who had a mixed first term at the helm, intends to stay in the Belgian capital and that could stretch beyond the initially agreed 2022.

City had informally discussed the prospect of the defender moving back to the Etihad Stadium and hope he will be ready to take up a prominent position in the future.

Kompany has a Masters in Business Administration and, although now coaching, could see his long-term calling away from the pitch.

One area City are attempting to recruit in is Pep Guardiola's assistant manager as the Catalan continues to hunt for Mikel Arteta's successor.

Borrell remains in that role with City now back in training ahead of their first Premier League fixture back against Arsenal on June 17.

Guardiola is considering options to fill the No 2 vacancy on a permanent basis and wants a firm decision before the start of next season.