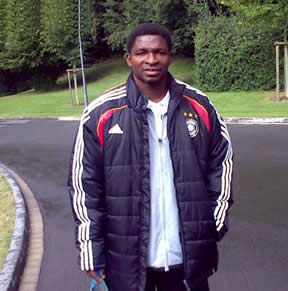 Maxwell Konadu has superintended over his first training session since his appointment as the new assistant coach of Asante Kotoko, GHANAsoccernet.com understands.

The ex head coach of Wa All Stars was first introduced to the playing body by the special assistant to the executive chairman, Opoku Nti at the club's Adarko Jarchie training grounds on Thursday before taking his new charges through some training regiments.

The playing body led by captain Daniel Nii Adjei was said to have given the new no.2 a warm welcome and pledged their unflinching support in helping him succeed with the Porcupine Warriors.

Konadu, an ex Ghana international will now act as head coach in preparing the team for their FA Cup finals with Nania FC in the absence of head coach Bogdan Korack who is currently on holidays in his native Serbia.

The 38-year-old earlier in the week signed a two year deal with Kotoko to end a two-year stay with Wa All Stars.