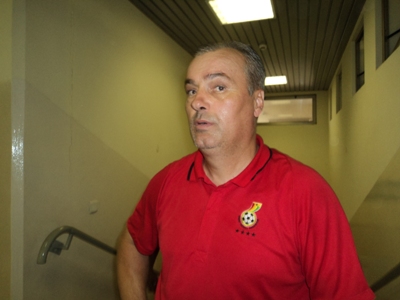 Serbian coach Bogdan Korak has been granted leave by Asante Kotoko fuelling speculations that he has been relievd of his duties.

He supervised the club's pre-season training tour in his native country and recorded four wins, two defeats from six matches.

Korak is rumoured to be on his way out of the club after losing out on the final of the MTN FA Cup to second-tier side Nania FC.

The 47-year-old did not return with the Kotoko's contingent on Thursday night but the club have clarified his absence.

"We haven't fired him so I don't know where this is coming from," Kotoko Executive Director Dr K.K Sarpong explained to GHANAsoccernet.com.

"We have not issued any statement that he has been fired, he is just on a granted leave."