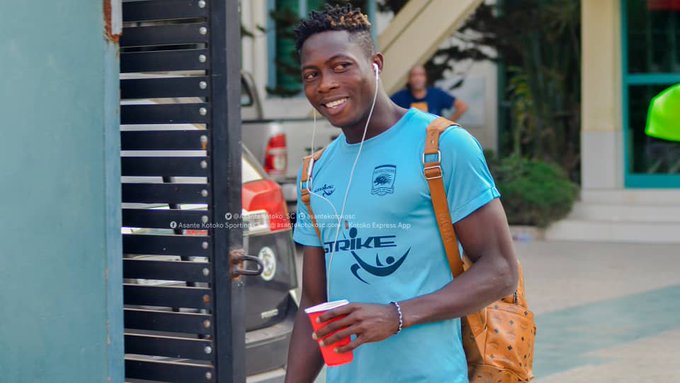 The Porcupine Warriors rallied from a goal down to trounce the 'noisy' neveau-rich Legon Cities at the Accra Sports Stadium on Friday night.

"Great Comeback: 3-1 to the Porcupines. Great start to the new decade, let’s build on this," the ex-Medeama SC midfielder posted on Twitter.

Legon Cities got the breakthrough in the 10th minute. They attacked down the left-wing with Romeo Oppong getting to the end of a long pass to send in a shot across which was met by Papadopoulos Panayotis for the opener.

Kotoko piled pressure and it paid off in the 33rd minute when they equalised through Augustine Okrah. The forward received a clever pass from Songne Yacouba and dinked the ball over goalkeeper Fatau Dauda.

The Porcupine Warriors came into the second hungrier. Eight minutes into the half, they were rewarded with the second goal. Emmanuel Gyamfi broke through Cities defence and placed a low shot into the net.

Two minutes later, Gyamfi scored his brace and Kotoko's third of the night when he moved into the right channel to tap the ball home from close range.

The scoreline stayed the same until fulltime. However, between the two sides, it was Kotoko that came closest uttering the result.

Great Comeback: 3-1 to the Porcupines... 🔴Great start to the new decade, let’s build on this. 💪🏼#Blay🔴☇👏 pic.twitter.com/rs5nSma8jZ