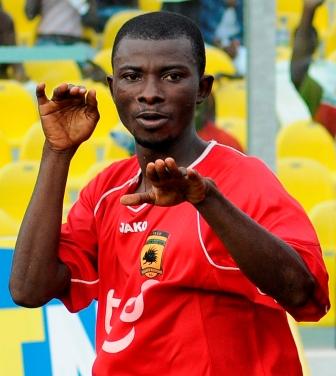 Midfielder Jordan Opoku has returned to Asante Kotoko following the expiration of his four-month loan deal with Albanian side Dinamo Tirana.

The ex-Fetteh Feyernord enforcer has begun training with the Kumasi-based side and wants to aid the club's league title challenge next term.

The 26-year-old joined the former Albanian champions in February and helped them salvage their Premier League status by placing 10th in the league.

Opoku was handed the Kotoko armband under the short tenure of coach Ebo Mends for his work ethic and discipline early this season.

The talented midfielder has had previous loan spells at Belgian sides Excelsior and Royal Antwerp and also played for Dutch giants Feyenoord Rotterdam.

He was a member of Ghana's squad that won silver at the maiden CHAN tournament in Ivory Coast in 2009.