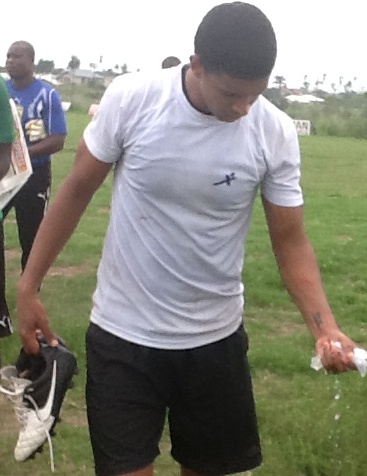 New Asante Kotoko Brazilian signing Hermes Da Silva was on target in just his first training session with the side on Tuesday.

The 22-year-old has signed a four-year deal to join the Premier League champions.

Da Silva was part of the teamâ€™s first pre-season training at Adarko Jachie on Tuesday morning.

The Brazilian who has been with his brother who is resident in Ghana for months signed the contract last month and has already hit the ground running.

The striker scored a goal in Kotokoâ€™s first pre-season training on Tuesday and his brother who also serve as his interpreter says he hopes it is the beginning of good things to come.

â€œHe is very happy to be in Kotoko and I think he is now happy,â€ Da Silvaâ€™s brother told Metro941.com.

â€œWhen he is happy he scores goals and you can see he scored one today.

â€œIf the team helps him he can score goals and help Kotoko win not only the top four but the Premier League and the Champions League.â€