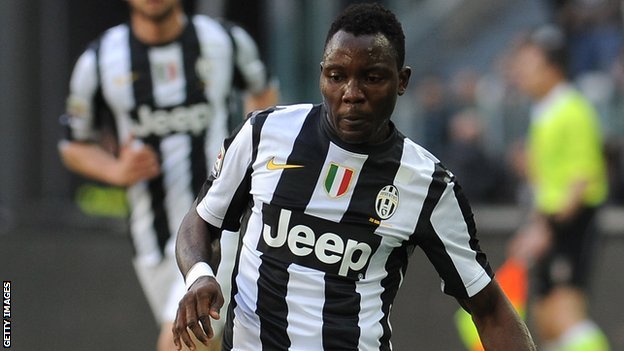 Kwadwo Asamoah played full-time for Juventus in Serie A opener

Ghana star Kwadwo Asamoah lasted the entire regulation minutes for Juventus who opened their Italian Serie A campaign with a slender 1-0 win at Chievo Verona on Saturday afternoon.Â

Asamoah, 25, was preferred to French full-back Patrice Evra, who had been tipped to wrest the Black Stars playmaker's position from him, and completed the game at theÂ Stadio Marc'Antonio Bentegodi in Verona.

The former Liberty Professionals player's place in the Juventus' starting line-up has been questioned since the arrival of Patrice Evra from Manchester United with the Frenchman being started in the TIM Cup game against AC Milan ahead of him last week.

But his form on Saturday afternoon could seal his place as a permanent starter for the Old Ladies.