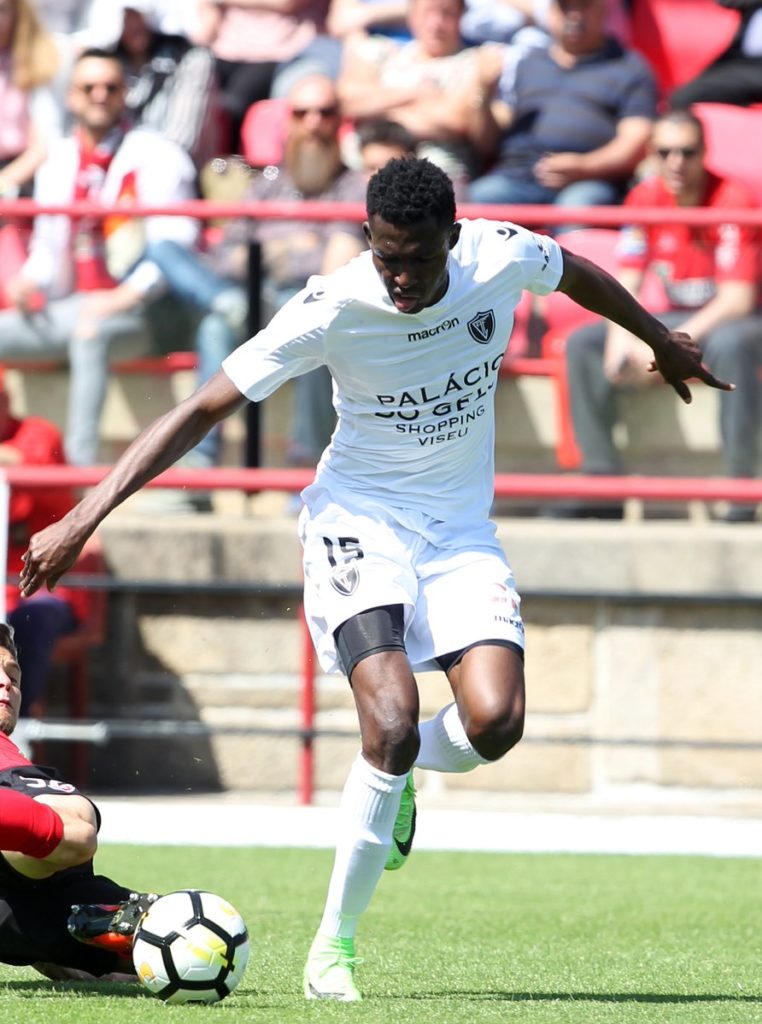 Ghanaian striker Kwame Nsor scored his 14th league goal for Academico Viseu in their 3-1 win over Estoril in the Portuguese Segunda Liga on Sunday.

Viseu went into the match with the aim of improving their 14th position league log.

The Black and White lads proved too strong for the hosts and expectedly shot into the lead through Kwame Nsor's delightful strike in the 24th minute.

Portuguese midfielder Fernando Ferreira made it 2-0 for Academica Viseu with a bullet strike in the 78th minute before Kenji Gorre halved the deficit for Estoril in the 84th minute.

Nsor was taken off in the 94th minute of injury time.

He has scored 14 goals and assisted one in 24 league appearances for the club in the ongoing campaign.