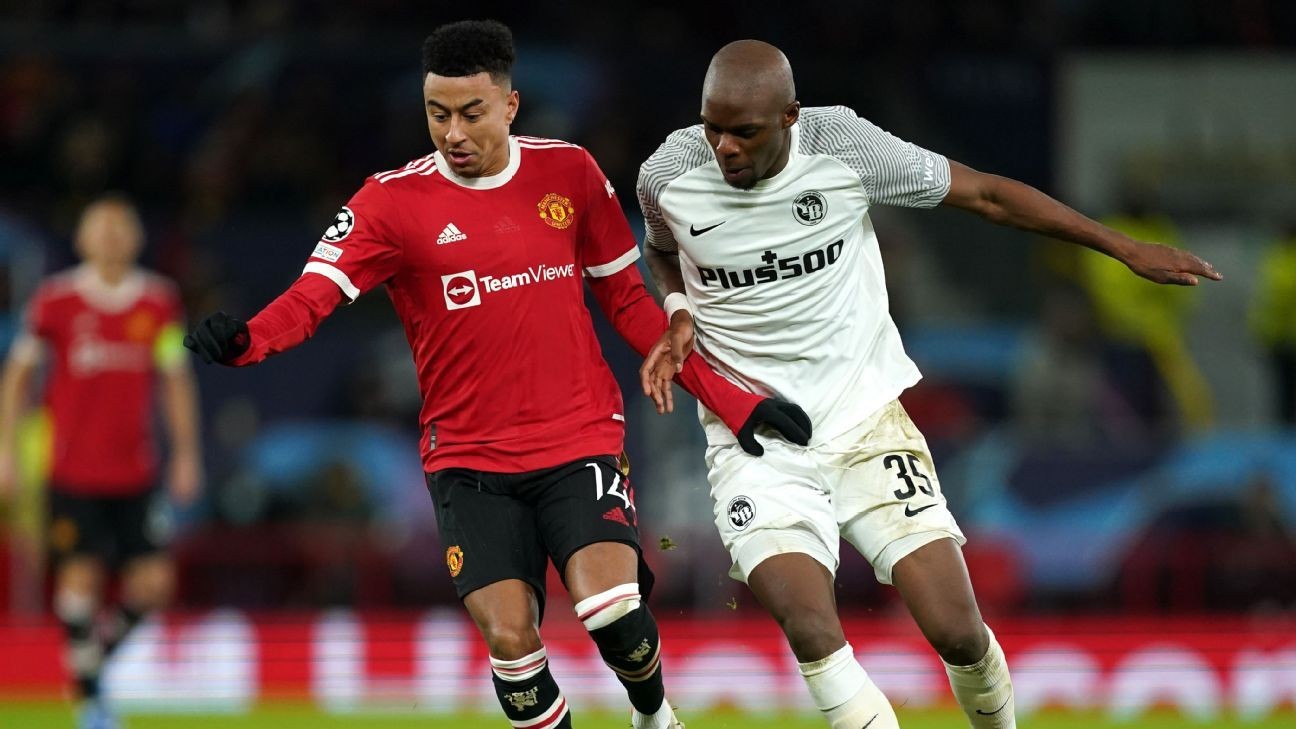 A much-changed Manchester United side produced a lacklustre display to draw 1-1 against Young Boys in their final Champions League Group F match at Old Trafford on Wednesday.

With United guaranteed top spot in the group, new manager Ralf Rangnick made 11 changes from his first match in charge on Sunday, with Amad Diallo and Anthony Elanga making their Champions League debuts for the club.

Young Boys knew victory would give them a chance of finishing third in the group and qualifying for the Europa League, but it was United who started brighter and took the lead in superb fashion on nine minutes through Mason Greenwood as he caught Luke Shaw's cross with a bicycle kick.

However, United missed a host of chances to double their lead and were made to pay three minutes before half-time as Fabian Rieder leapt onto Donny van de Beek's poor pass to hit a stunning effort past goalkeeper Dean Henderson from the edge of the box.

Young Boys grew with the goal and were almost ahead just moments later as United failed to re-find their rhythm after conceding.

The visitors continued to look the more likely to find the winner after the break with Quentin Maceiras firing wide when he should have done better, while Elanga forced a good save from Young Boys goalkeeper Guillaume Faivre.

Rangnick also gave a United debuts to goalkeeper Tom Heaton -- 11 years after first leaving the club -- Zidane Iqbal and Charlie Savage in the second half.

The other match in this group, between Atalanta and Villarreal, was postponed due to heavy snow.