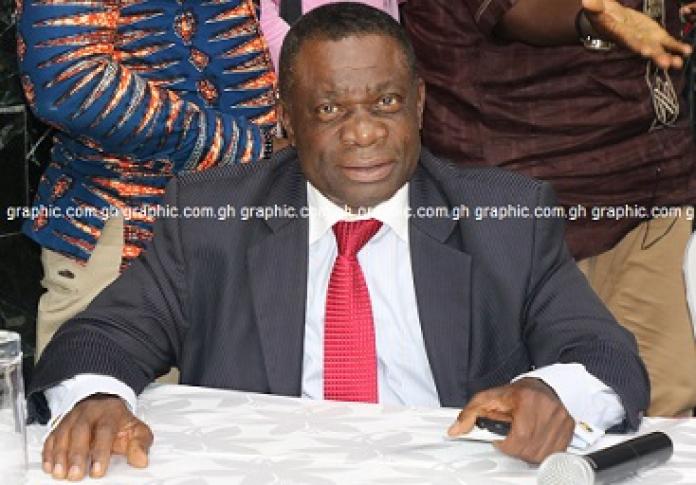 Furious Kofi Dua-Adonteng says foul play is the cause of his removal from the Ghana FA's Normalisation Committee, insisting a committee member is behind his axing by FIFA from the caretaker body.

The lawyer was sacked from the committee by the world governing body on Tuesday and replaced by former Bayern Munich star Sammy Kuffuor on administer the game on temporary basis.

Insiders says poor performance is the result of the decision by FIFA to remove the legal brain from the committee after just six months in the position.

However Dua Adonteng is bitter about his eviction and believes a key committee member is behind the decision to remove him from his $5,000 per month job.

"I suspect foul play over my removal and I believe there has been a conspiracy from within (the Normalisation Committee) against me," he told Kumasi-based Fox FM.

FIFA officials were also told that the lawyer lacks an understanding of basic football issues even though he has been involved in the running of one of the biggest clubs in Africa, Kotoko for years.

In October last year, he was involved in hot exchanges with a journalist after reporting late for a meeting.

He insulted the journalist as ‘stupid’ when confronted over his late arrival.