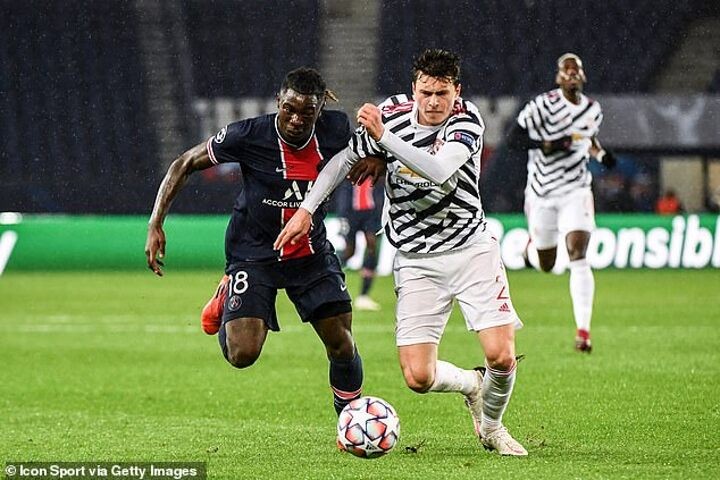 French outlet L'Equipe have sung the praises of Manchester United stars Victor Lindelof and Alex Telles as they helped down PSG 2-1 in their Champions League opener on Tuesday night.

L'Equipe, who are known for giving harsh player ratings, gave Swedish centre-back Lindelof a seven out of ten, the highest score out of all eleven players on the pitch, while new arrival Telles was awarded the same.

But they were damning about some of the performances of the hosts, who were made to look 'unrecognisable' by United.

Kylian Mbappe and Neymar were expected to run riot against the struggling Premier League side, but both were shackled throughout and both duly scored a four.