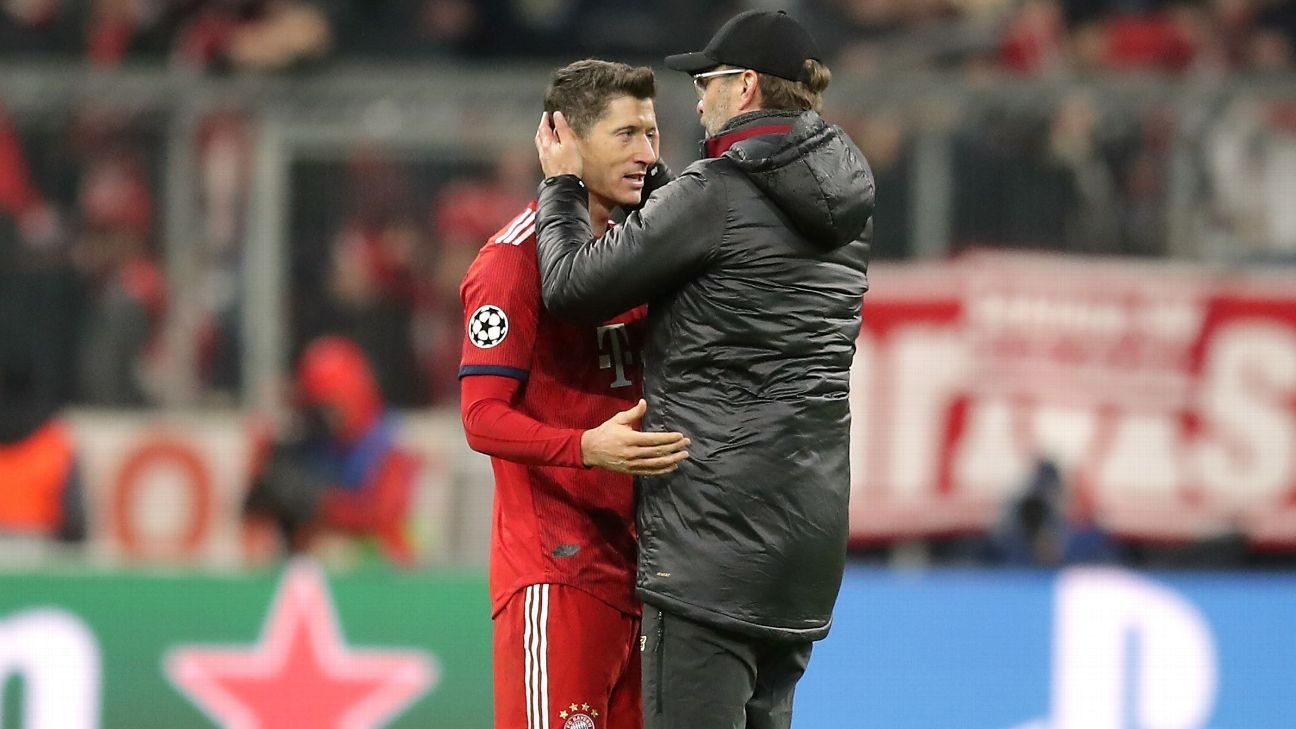 Bayern Munich striker Robert Lewandowski said he thinks Liverpool manager Jurgen Klopp has "two faces" -- one of a coach and one of a father.

Lewandowski, 31, played for four seasons under Klopp at Borussia Dortmund before the two moved on in 2014 and 2015, respectively, and the Poland international called the German his favorite manager of all the ones he's played under during his career in an exclusive Instagram Live chat with ESPN.

"I think...Jurgen Klopp [is my favorite] and after that Pep Guardiola. 100 percent," Lewandowski said of the Premier League and Champions League winner with Liverpool. "[Klopp] has two faces. You can see that he is kind of like a father, but the second part is like a coach, a manager. He can tell you everything -- and I'm not speaking about the good things -- about the bad things.

"Also for [players], he is a huge motivation. He makes this perfect, because he knows where there is this line where he can [push you] more or a little bit less.

"His performance as a coach is amazing, but not only as a coach but also as a man."

Lewandowski has continued to be one of the world's top goalscorers since joining the eight-times Bundesliga champions, scoring 51 goals in 43 games so far this season, including 34 in Germany's top flight as Bayern won the league and cup double.

Next up for Bayern is a Champions League round of 16 second leg versus Chelsea, with Lewandowski's team holding a 3-0 advantage from the first leg before the competition was put on hold due to the coronavirus pandemic.

However, Lewandowski was adamant Bayern weren't taking the second leg lightly despite their lead, with a spot in the UCL quarterfinals in Lisbon on the line for the winner.

"Chelsea have been playing great, very good," Lewandowski said. "I don't worry. We know that we are Bayern Munich and we have big respect for Chelsea. We know we are in good form and we know what happened in the first leg.

"We need to have a good first 20 minutes, but we are fresh after the break [since the Bundesliga ended]."