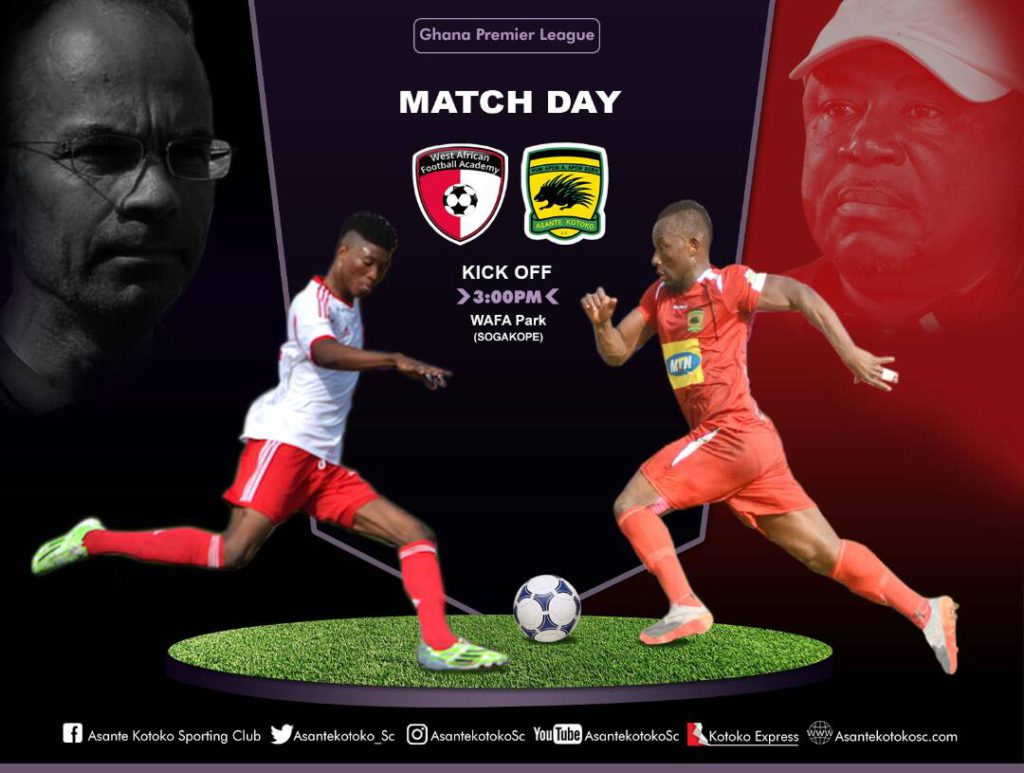 Ghanasoccernet.com brings you the LIVE play-by-play of the opening league clash between WAFA and Asante Kotoko from the Red Bull Arena in Sogakope as well as updates from other Premier League venues.

The much-awaited Ghana Premier League finally kicked off on Saturday with Inter Allies announcing their readiness for the league title with a 3-0 lashing of Bechem United.

We shall give you LIVE update from the Red Bull Arena in Sogakope as WAFA take on Kotoko.

The Porcupine Warriors were pitilessly beaten by the Academy Boys last season and The Reds will be looking to have at least a respectable scoreline this time.

But before we start the updates from Sogakope, let's take a quick look at the fixtures for this afternoon 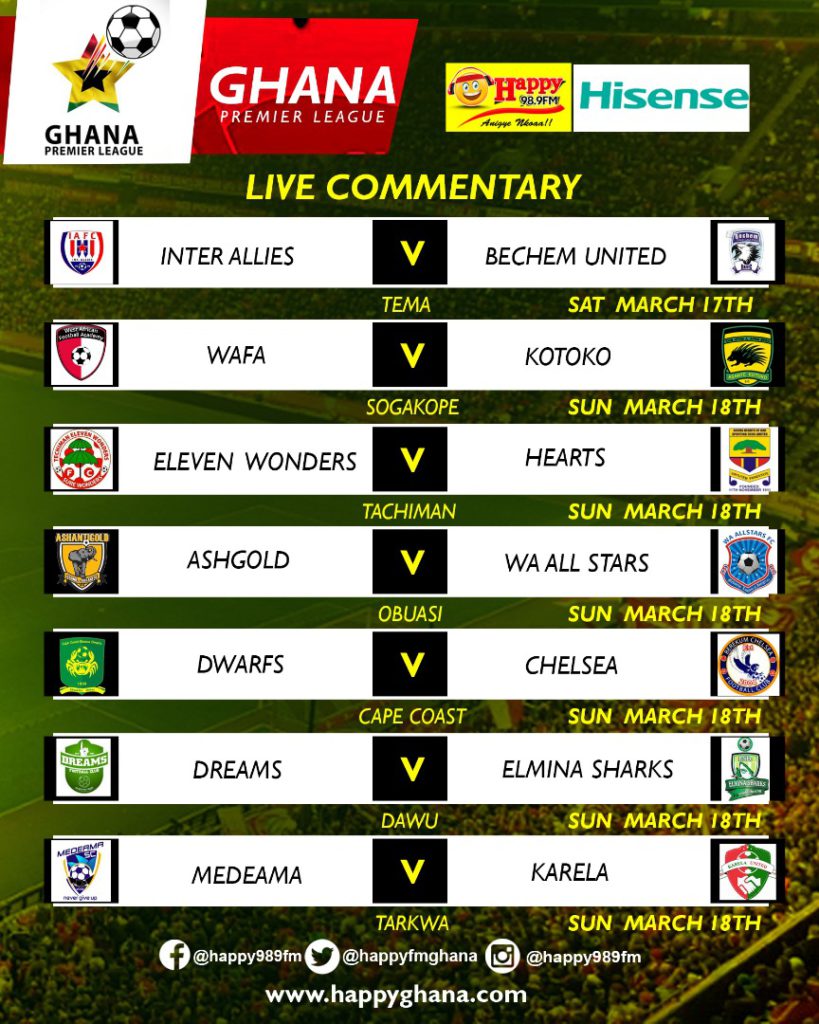 Let's look at the line ups of both WAFA and Kotoko. 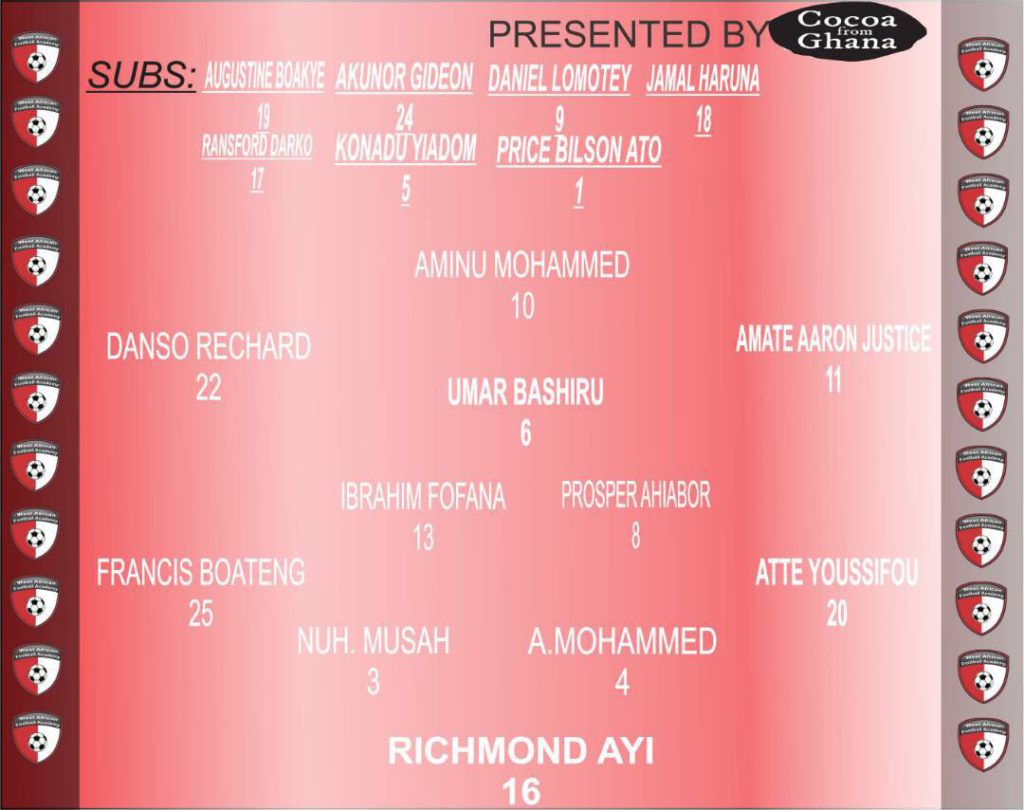 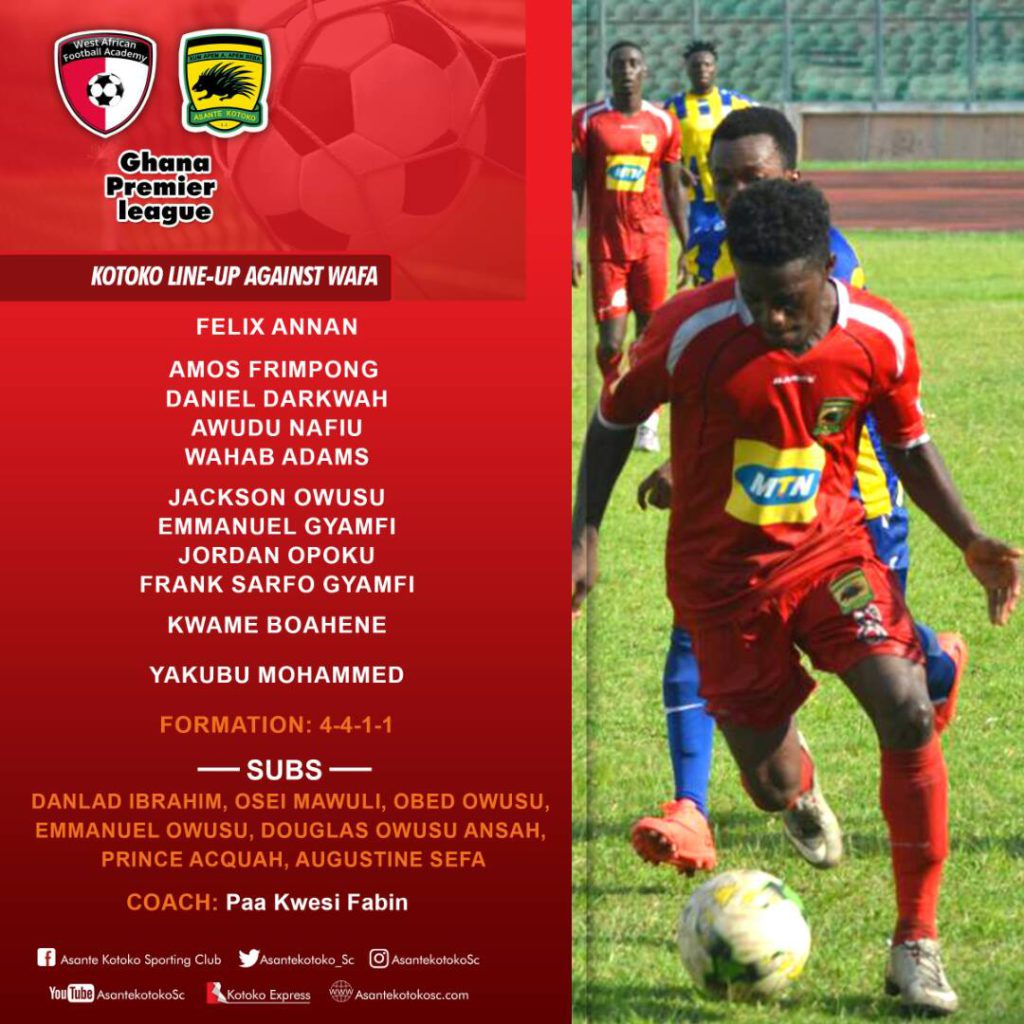 15:01 - WAFA SC keeping possession. Musah Nuhu sends a long one in but Richard Danso is brought down by Amos Frimpong.

15:03 - GOAL!!! Aminu Mohammed converts a Beckham-like free kick to give the home side the lead. WAFA 1-0 Kotoko

15:07 - Asante Kotoko with an improved show so far. Corner for Kotoko

15:08 - Corner kick taken but cleared by Musah Nuhu. Danso on the move but he's brought down. Foul for WAFA

15:09 - WAFA pushing hard to increase the tally. RichardRichard Danso proving too strong for the Kotoko defenders

15:10 - Corner for Kotoko. The Reds doing all to grab the equaliser before the game ends

15:15 - Referee Charles Bulu gives Wahab Adams a verbal caution as he seem to be landing some cynical tackles

15:16 - Game on. Prosper Ahiabor tries a long drive by it goes way away from the post

15:26 - Corner kick for Kotoko, headed away but Emmanuel Gyamfi loops in a beautiful cross but Wahab misses by inches.

15:29 - Back to Sogakope. Kwame Boahene brought down. Free kick for Kotoko.

Update from Obuasi: Shafiwu Mumuni has shot AshGold ahead with a beautiful header. AshGold 1-0 Wa All Stars

15:39- Back to Sogakope: Emmanuel Owusu comes on for Wahab Adams who is injured. Forced substitution for Kotoko.

15:40 - WAFA keeping possession and winning all the free kicks close to the Kotoko 18 box.

46'- WAFA tailoring passes together, knocking hard at the doors of Kotoko for another goal.

50'- Kotoko dictating the pace of the game now. But Gyamfi flagged offside

58'- Corner kick for Kotoko. Taken but headed away by Musah Nuhu.

UPDATE FROM CAPE COAST: Ebusua Dwarfs are up from the spot after Aljahi Mustapha was brought down for J.E. Amoah Mensah to put the ball at the back of the net

80'- Great save from Felix Annan. Kotoko turn defence into attack

82'- Corner kick for WAFA. Swiftly taken but headed away

90'- Three minutes of time added on

90+3'- FT: WAFA 1-1 KOTOKO - Brilliant game from both sides. But they've shared the spoils after a pulsating 1-1 draw. Aminu Mohammed broke the virginity of the game under just 3 minutes with a wonderful free kick while Yakubu Mohammed knocked home a Jordan Opoku bullet to restore parity on the 17th minute.