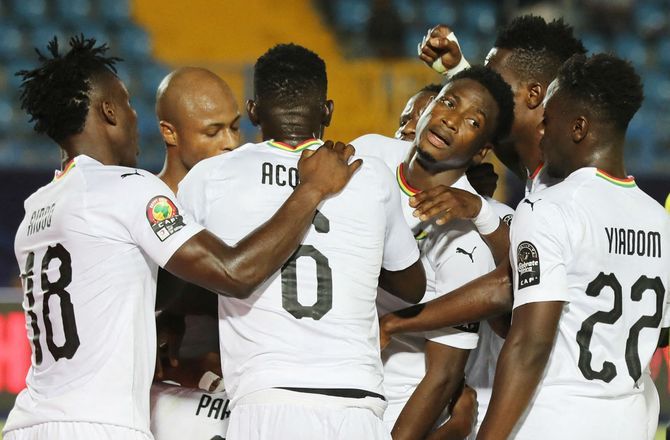 Follow the live streaming of the draw as the Black Stars of Ghana discover their 2022 World Cup qualifying opponents at the event currently being held in Cairo.

The draw plots a course for the 14 first-round winners along with the 26 highest ranked African nations in the FIFA/Coca-Cola ranking (as of December 2019).

The 40 teams will be drawn into ten groups of four.

The Black Stars have been seeded in Pot One which means they will avoid the highest ranked teams in Africa like AFCON champions Algeria, Senegal, Tunisia, Nigeria and Morocco who are also in the same pot.

Also in pot 1 Egypt, Cameroon, Mali, DR Congo make up the other top-seeded teams for the draws.