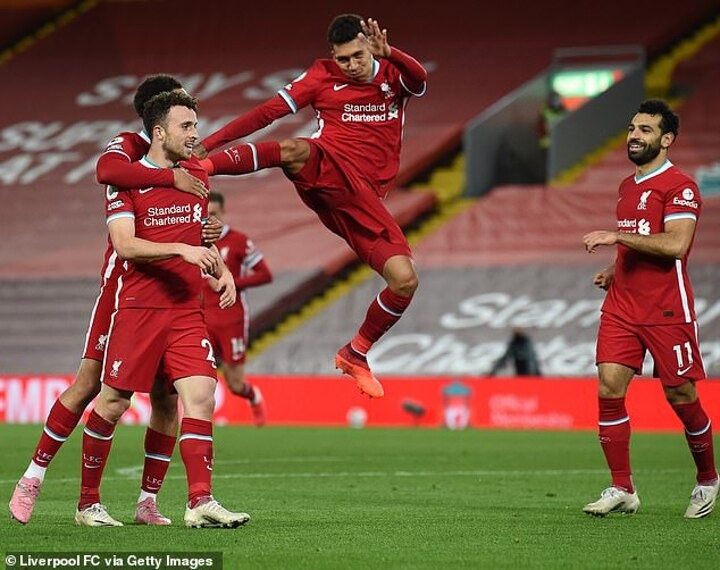 Liverpool versus FC Midtjylland is a case of David against Goliath and the Danish champions are ready to upset the odds.

Formed 21 years ago, innovation and willingness to defy the sceptics has enabled them to make giant strides.

Rasmus Ankersen, their part-time Chairman who is also Brentford's Director of Football, provides Sportsmail with a history lesson.

How were Midtjylland founded?

It was a merger of two local rivals, who hated each other! Neither of them had any money so it was, in many ways, a project that was doomed to fail.

But there is a strong culture here, like a strong desire to defy the odds.

Fans of traditional, historic clubs thought of us as a plastic club.

What is the secret to success without money?

It is very much in the DNA of Midtjylland to try to do things differently. The throw-in coach (Thomas Gronnemark, who was hired part-time by Liverpool in 2018) is a good example of that.

We felt like it was a really important part of the game, but very few clubs dedicate enough time to it.

When we evaluate performance we try to look beyond the league table. We try to improve the club, the way we try and do strategy, we have an objective.

There are so many opinions and emotions in football that we really try and have an objective approach to how we look at things.

It's about seeing how we can get better outcomes by doing things differently.

One thing we've been very good at - and has been a big part of why we won three championships - is our focus on set-pieces. We may even be the best in the world at them.

Can you win at Anfield?

When we played Man United in the Europa League we beat them at home (2-1 in February 2016) but then lost to them at Old Trafford. We played them at a time when they were not at their peak and took advantage of the situation.

It was quite sensational that we managed to beat them.