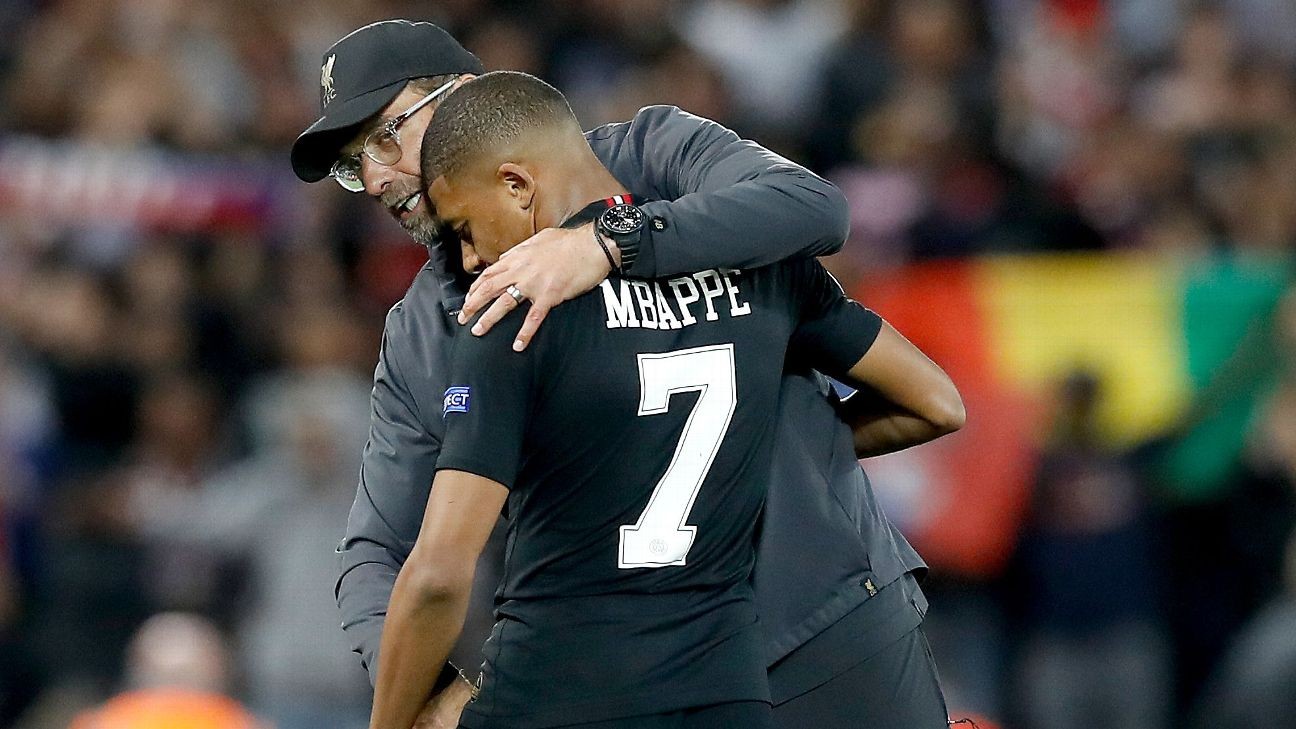 Phil Foden stars for less than 10 minutes! The Exploding Heads use FIFA 20 to predict Liverpool vs. Manchester City.

Steve Nicol explains why Manchester City's back line will decide what happens at Anfield this weekend.

Shaka Hislop has Man City and Liverpool on the rise in his rankings ahead of their clash this weekend.

Paul Mariner explains why he thinks Liverpool will take all three points from Manchester City this weekend.

Liverpool manager Jurgen Klopp has ruled out a move for Kylian Mbappe by the European champions, insisting that no club in the world could afford to sign the Paris Saint-Germain striker.

"Buying this calibre of player is difficult," Klopp told reporters ahead of Sunday's crucial Premier League clash with Manchester City.

"OK, from a sporting point of view, there are not a lot of reasons to not sign him. What a player he is, but it is about the money of course. No chance. Absolutely no chance. Sorry for killing that story."

Mbappe, 20, was one of world football's most coveted players when he emerged as a teenager at Monaco, and it was PSG who beat clubs such as Real Madrid and Liverpool to his signature in 2017.

The World Cup winner has remained consistently linked with a move to Real Madrid since his transfer to PSG. Former Monaco vice president Vadim Vasilyev said earlier this week that he believes Mbappe will move to the Bernabeu eventually, while PSG sporting director Leonardo responded angrily after Madrid boss Zinedine Zidane spoke about the France international's childhood dream to play for the Spanish giants.

Despite his insistence that a move for Mbappe is out of his club's grasp, Klopp said he remains confident that Liverpool can attract the right calibre of player to strengthen his squad when required.

"I don't think we struggle with convincing players," he said. "When you speak to a player you can feel it, this year, last year, even three years ago, you can see in the eyes of a player -- I am not sure if honour is the right word -- that it is good that we speak to them.

"The club is in a very good position. Image-wise, it maybe always was, but now I think it is easier to live the life of a Liverpool supporter and that means automatically being in a situation to sign the players you want to sign."