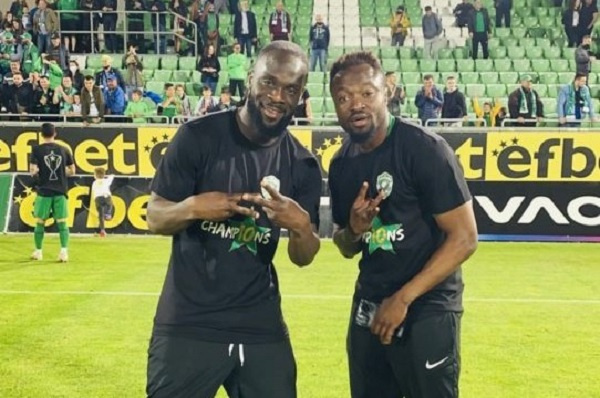 Ghanaian duo Bernard Tekpetey and Elvis Manu has been included in Bulgarian giants Ludogorets Razgrad's team for the 2021/22 Europa League.

Manu missed the UEFA Champions League play-offs defeat to Malmo but makes the team for the Europa League which begins next week.

Ludogorets registered 21 players, which could increase to 25 as Europe's second tier tournament.

The Bulgarians have been drawn in Group F of the competition alongside Danish giants FC Midjtylland, SC Braga and Red Star Belgrade.

Below is the full squad from Ludogorets