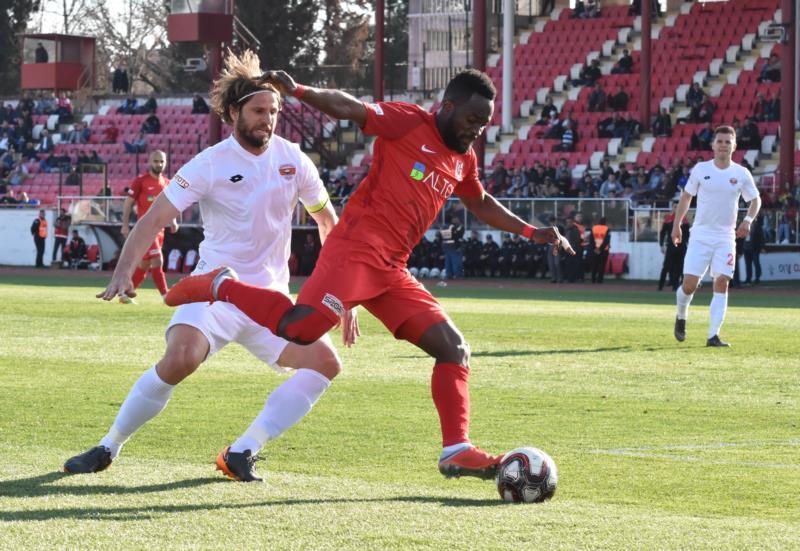 Ghanaian striker Mahatma Otoo scored the only goal as Balikerispor secured all three points against Adanaspor in the Turkish TFF 1 League on Sunday.

The 27-year old rose high to head in an Iseri cross in the 37th minute to earn his side victory after defeat to Altay last Monday.

Otoo has been a key player for Balikerispor this season, playing 22 games and scoring twice with four assists to his name.

"It’s a great feeling to be back from a injury and to score the only goal of the game the icing on the cake for me,' he said after the game.

"Praise be to the Lord for making it happen. It was a difficult game, yet we won. Nice to be on the scoresheet," he added.

The win lifts Balikerispor to tenth on the league table and will next face Boluspor in the TFF 1.